For the third time in under a year, a loving Dachshund named Duchess has taken in a litter of abandoned kittens. 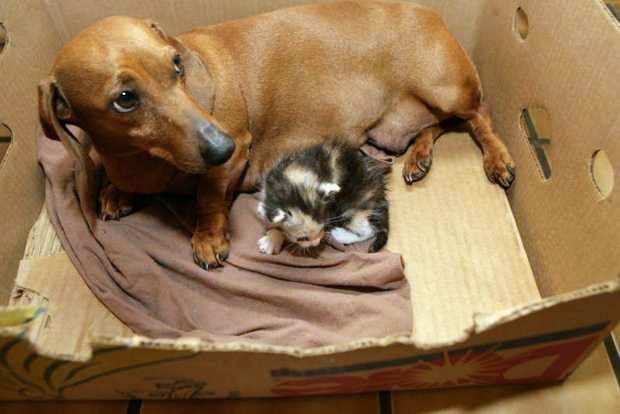 When Duchess first met the kittens, her motherly instincts immediately kicked in, and she bathed each of them gently. By the very next morning, she was already producing milk.

The Hutsons rescued the seven year old dog from a breeding operation, and say that when they found her, she was near death. “They had bred her till she was almost dead. We’ve had her almost four years now, and we haven’t let her have pups because of what she’s been through,” Hutson said.

Now, the nurturing canine seems to have a unique appreciation for the miracle of life. In fact, her family said her mothering instincts are so strong that when their own cat had a litter of kittens, they had to hide them from Duchess: otherwise, she would find her way to them, sneak one away and bring it to her bed to care for it.