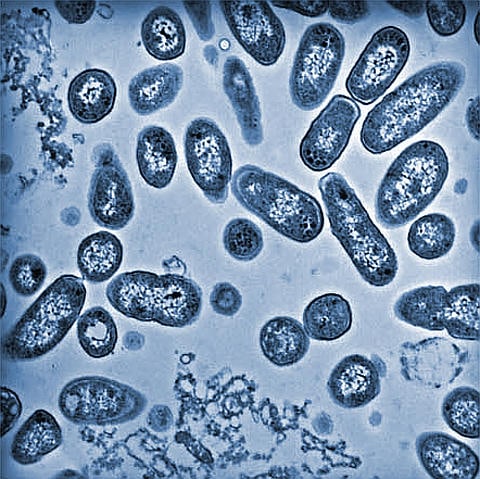 CDC is collaborating with public health and agriculture officials in multiple states and the US Food and Drug Administration (FDA) to investigate an ongoing multistate outbreak of human Salmonella Infantis infections. Public health investigators used DNA “fingerprints” of Salmonella bacteria obtained through diagnostic testing with pulsed-field gel electrophoresis, or PFGE, to identify cases of illness that may be part of this outbreak.

They used data from PulseNet, the national subtyping network made up of state and local public health laboratories and federal food regulatory laboratories that performs molecular surveillance of foodborne infections. The outbreak strain is rare and typically 0-3 isolates are reported per month.

Multiple brands of dry pet food produced by Diamond Pet Foods at a single manufacturing facility in South Carolina have been linked to some of the human Salmonella infections. People who think they might have become ill after contact with dry pet food or with an animal that has eaten dry pet food should consult their health care providers.

A total of 14 individuals infected with the outbreak strain of Salmonella Infantis have been reported from 9 states. The number of ill persons identified in each state is as follows: Alabama (1), Connecticut (1), Michigan (1), Missouri (3), North Carolina (3), New Jersey (1), Ohio (2), Pennsylvania (1), and Virginia (1).

Among persons for whom information is available, illnesses began between October 8, 2011 and April 22, 2012. Ill persons range in age from less than one year old to 82 years old and the median age is 48 years. Seventy-seven percent of patients are female. Among the 9 patients with available information, 5 (56%) were hospitalized. No deaths have been reported.

The outbreak can be visually described with a chart showing the number of persons who became ill each day. This chart is called an epidemic curve or epi curve. Illnesses that occurred after April 1, 2012 might not yet be reported due to the time it takes between when a person becomes ill and when the illness is reported. This takes an average of 2 to 3 weeks. Please see the Salmonella Outbreak Investigations: Timeline for Reporting Cases for more details.

Investigation of the Outbreak

On April 2, 2012, the Michigan Department of Agriculture and Rural Development detected Salmonella in an unopened bag of Diamond Naturals Lamb Meal & Rice dry dog food, which had been collected March 14, 2012, during routine retail testing of dry pet food. Public health investigators used PulseNet to identify recent cases of human illness with a PFGE pattern indistinguishable from Salmonella Infantis which was isolated from the unopened bag of dry dog food produced by Diamond Pet Foods. In interviews, ill persons answered questions about contact with animals and foods consumed during the week before becoming ill. Seven of 10 (70%) ill persons interviewed reported contact with a dog in the week before becoming ill. Of 5 ill persons who could recall the type of dog food with which they had contact, 4 (80%) identified dry dog food produced by Diamond Pet Foods that may have been produced at a single facility in South Carolina.

As part of this outbreak investigation, Ohio public health and agriculture officials collected and tested dry dog food produced by Diamond Pet Foods. The outbreak strain of Salmonella Infantis was isolated from an opened bag of Diamond Brand Chicken Soup for the Pet Lover’s Soul Adult Light Formula dry dog food collected from the home of an ill person, and an unopened bag of the product collected from a retail store. A sample of Diamond Puppy Formula dry dog food collected by FDA during an inspection at the South Carolina production facility has also yielded Salmonella.

Epidemiologic, laboratory, and regulatory investigations are ongoing to identify if other brands of dry dog food produced at this facility may be linked to human illnesses. Diamond Pet Foods is cooperating with public health and agricultural investigators in this ongoing investigation.