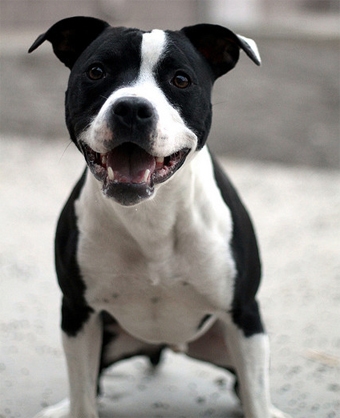 In a 4-3 decision, Maryland’s highest court has ruled that owners of pit bulls, or mixed breed pit bulls, and landlords who allow tenants to have such dogs are strictly liable for damages resulting from the dog’s attack. The decision in Tracey v. Solesky modifies Maryland common law relating to pit bull attacks.

It is no longer necessary in these cases to prove that a pit bull is dangerous. The presence of the animal on the premises is enough to establish a case for damages.

“This decision is about protecting the victims of pit bull attacks,” said Kevin Dunne, the Ober|Kaler attorney who represented the Soleskys. “It is anti-pit bull owners who do not prevent their dog from attacking and viciously injuring a child in Maryland.”

The victim in this case is Dominic Solesky, a 10-year-old boy who in 2007 was mauled by a pit bull. Solesky was seriously injured in the attack, requiring five hours of surgery, including repair of his severed femoral artery. He spent seventeen days in the pediatric intensive care unit, had additional surgeries, and spent a year in rehabilitation.

In 2008, Dominic’s parents filed a complaint seeking money damages against the dog’s owners and their landlord, alleging negligence and strict liability. The dog’s owners subsequently declared bankruptcy.  At trial, the court ruled that there was insufficient evidence that the landlord knew of the vicious nature of the dog. In 2011, the Court of Special Appeals reversed the lower court’s decision.  The landlord’s insurer appealed to Maryland’s highest court, and that court issued its opinion on April 26, 2012.

In modifying Maryland common law of liability relating to attacks by pit bulls and pit bull-mixes, the Court of Appeals concludes that “…Because of its aggressive and vicious nature…pit bulls and cross-bred pit bulls are inherently dangerous…” and goes on to “…impose greater duties by reducing the standards necessary to hold owners and others liable for the attacks of their pit bulls.”

Pit bull proponents are up in arms over the decision, which could find Maryland’s pit bull owners facing eviction notices from nervous landlords. The Humane Society of the United States has offered to work with Maryland dog advocates and members of the legislature to develop rational, science-based dangerous dog policies for the state out of concern for the state’s pit bull population.

“In addition to our general concerns about the issues with breed-specific public policies, we believe that the court overstepped its authority. The decision acknowledged it was ‘modifying the Maryland common law of liability.’ A seismic shift in Maryland law of this nature should be undertaken by the legislature, not judges. The legislature should conduct appropriate fact-finding and hearings, consider the available science, and make a measured, non-emotional decision on this important policy issue.

We encourage advocates to call their state legislators to respectfully voice their concerns, and urge them to work with advocates on legislation in the next session that provides rational, science-based dangerous dog policies for the state. The Humane Society of the United States’ companion animals department is in communication with shelters and rescues, and will be looking for ways to support them as they consider the ramifications of this decision.”

Cheryl Bernard Smith of the Maryland SPCA urges lawmakers to reconsider, saying “Every animal is an individual, so to say that all pit bulls are inherently dangerous is absolutely untrue.”

Tips for renters with pit bulls: