This comes from our friends at Trio Animal Foundation:

BLEEDING PROFUSELY FROM A GUNSHOT WOUND, JACK LAID HELPLESS ON THE SIDE OF THE ROAD FOR HOURS…

It is hard to believe that we are bringing attention to yet another animal abuse case from the southside of Chicago.

Early in the afternoon, it was reported that a pit bull had been shot and was bleeding profusely. After the appropriate officials were called and never showed up, a Chicago Police Officer took it upon herself to go to the scene of the crime and pick up the critically injured dog herself. With the help of Officer Tammy and our friend Katie, Jack was transported to the ER Vet where we were waiting with is medical team.

Jack’s medical team brought out a gurney out to Katie’s car but it was taking too long to get Jack’s body parts adjusted on it. His front left leg was limp like a noodle and kept bending the wrong way. Realizing that precious time was being wasted, a member of the team picked him up and raced him into the ER. 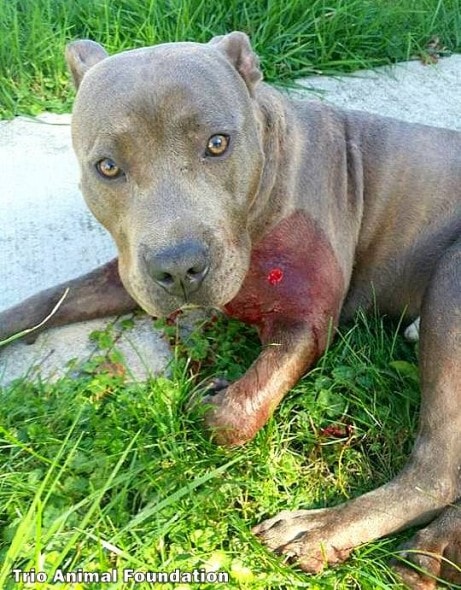 What we know for sure is that the bullet shattered Jack’s front leg. This is why it was bending in all directions. Besides massive blood loss and the pain of a bullet wound, Jack had to endure further agony from his largest leg bone basically imploding.

At this very moment, Jack is in surgery having his front leg amputated. The x-rays, surgery, etc. are guaranteed to cost over $5,000. If you can help sponsor Jack’s medical care, please consider making a tax-deductible donation at www.trioanimalfoundation.org. You can earmark your donation “Jack.” If you are making a donation via a smartphone and are not given the opportunity to earmark your donation, please forward your receipt confirmation to [email protected]

In any case, please share Jack’s story and keep him in your thoughts and prayers. We will let you know how Jack is doing once he is in recovery and his surgeon has called. 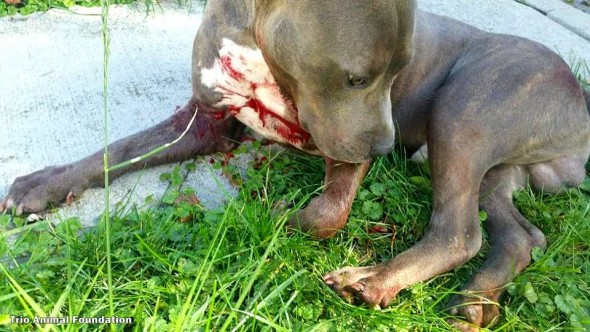 Jack is out of surgery and in recovery. His surgeon said the amputation was extremely difficult since Jack is a muscular dog at a decent weight. She also said that due to the amount of blood loss he suffered over the course of the day, Jack’s blood pressure dropped a few times during the procedure but the surgical team was able to get his levels back up.

Once Jack is fully awake, his medical team will be rechecking his bloodwork to determine if he requires a blood transfusion.

We will continue to keep you updated as we receive new information. 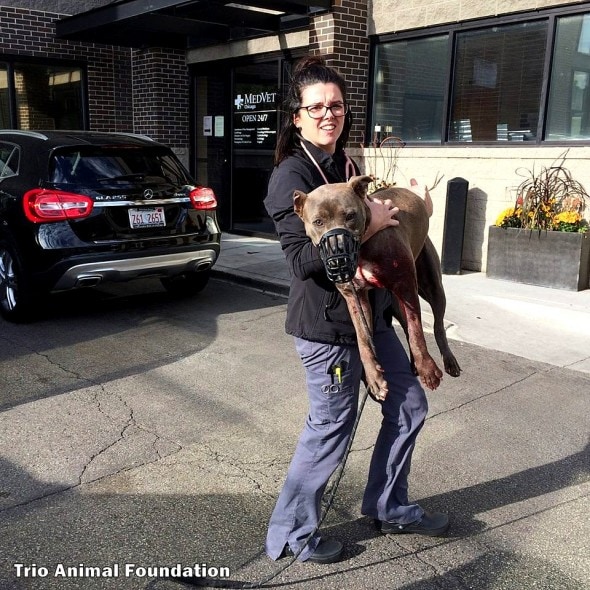 JACK UPDATE 10/12/2016 4:40PM:
This morning Jack’s surgeon called to give us an update on his medical condition after having his leg amputated. She said Jack was doing well overall… his blood pressure and PCV (PCV is the percentage of red blood cells in circulating blood, also known as hematocrit) have stabilized so he has not needed a blood transfusion.

Jack ate a little mid-morning and tries to walk, but gives up quickly and sits or lies down. Between the medication and surgery, Jack is very out of it and doesn’t know exactly what to do with himself. He will remain hospitalized so his medical team can focus on managing his pain, keeping him hydrated and keeping a close watch on his bloodwork and vital signs. If his PCV drops again he will require a transfusion.

(The attached X-ray shows how the bone imploded from the impact of the bullet after Jack was shot.) 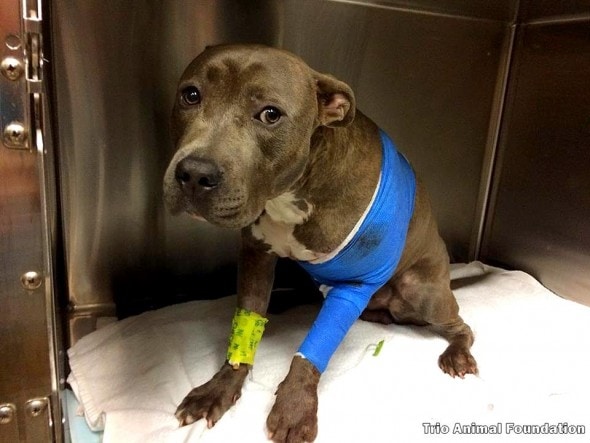 Jack is doing better and has not had any medical setbacks. Even though he is on the maximum amount of medication, Jack is still in pain and we are doing everything in our power to make him as comfortable as possible. Since the bullet shattered the bone in his leg and the amputation happened in such a muscular area, he is in a world of hurt.

Jack’s is still having a rough time getting around but some of that has to do with how drugged up he is. Right now, he is only allowed to walk outside to go potty and then he comes right back inside for bed rest.

As miserable as Jack is, he is still managing to wag his tail when you talk to him. He is such a good boy.

If you can help sponsor Jack’s medical care, please consider making a tax-deductible donation atwww.trioanimalfoundation.org. You can earmark your donation “Jack”. If you are making a donation via a smartphone and are not given the opportunity to earmark your donation, please forward your receipt confirmation to [email protected]

If you are not familiar with Jack’s story, here is his original post: https://www.facebook.com/TrioAnimalFoundation/photos/?tab=album&album_id=10150735471394955

Please continue to keep Jack in your thoughts and prayers. 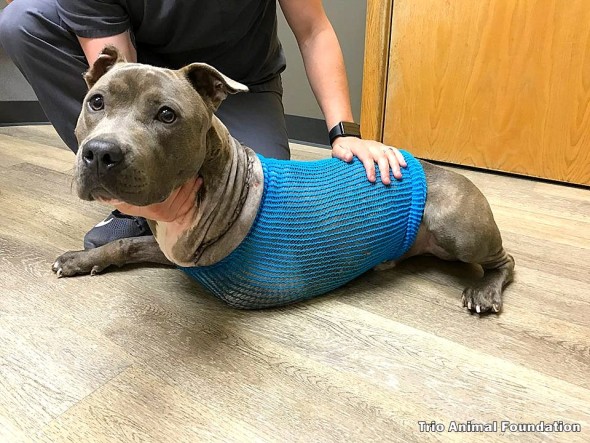