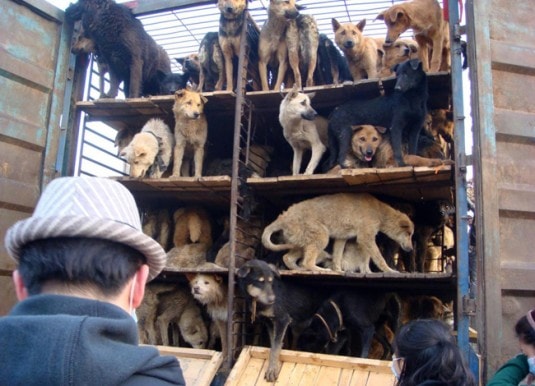 Hundreds of dogs are being treated for numerous conditions after they were rescued from a trip to the slaughterhouse by activists in China.

The dogs were being transported by truck from China’s Henan Province to Jilin Province yesterday. Volunteers got word of the transport and set up a roadblock. The Beijing Evening News reports that after 15 hours of negotiation, more than 500 dogs were saved after animal lovers paid 115,000 yuan, or approximately US$17,000 to buy the dogs from the transport company.

“If we didn’t intervene, the dogs would have been slaughtered,” said An, one of the activists responsible for the rescue. “What we were thinking was that we should save their lives.”