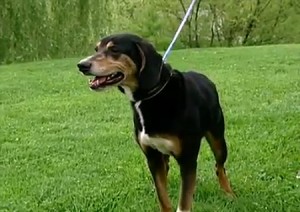 Three years ago Willow was rescued by firemen as her Tennessee home burned. When they reached the bottom of the ladder she was placed on the ground. She bolted, never to be seen again.

Until now. Knoxville animal control officers recently captured a wounded dog and scanned it for a microchip, sparking a series of phone calls that eventually led to the dog’s owner, Crystal Champ, a former shelter employee. As luck would have it, Champ moved out of the area to Arizona after having spent a long year searching for Willow.

The pair have enjoyed a brief video reunion via Skype, and now volunteers are trying to get the dog to Arizona. They are looking into transports by plane and vehicle and hope to have Willow on the final leg of her journey home in the near future.

4 thoughts on “Dog missing for three years is almost home”