More than 1,100 dogs saved from a trip to the slaughterhouse in Chongqing, China are being stored in cages at a warehouse in a Beijing suburb while the activists who rescued them scramble to find homes for as many as possible. 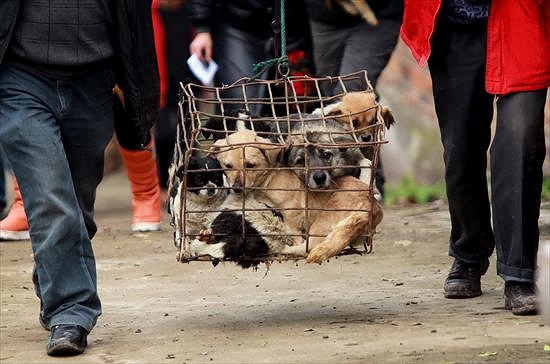 Local police found the dogs stacked in rusty cages on a flatbed truck bound for Chongqing slaughterhouses after receiving a tip from a local activist/blogger. The dogs were originally held at a pig farm until another activist offered the use of a 1,000 square-foot warehouse to keep the animals safe until alternate arrangements can be made.

“Dogs could not be taken good care of in the remote pig farm due to its limited space and insufficient food and water supply. So we moved them to the current building on Wednesday,” Chen Mingcai, head of the Chongqing Small Animal Protection Association, told China Daily. 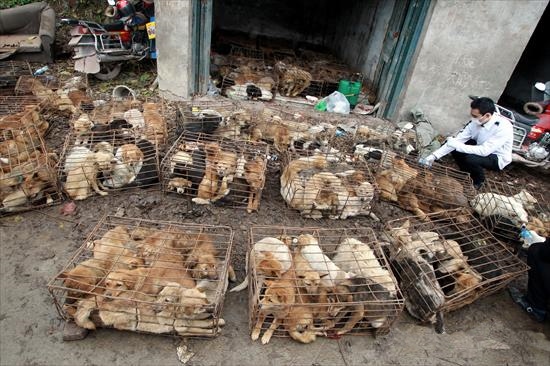 Media coverage has sparked local interest and many have volunteered assistance, but the main concern is not short term care, but long term housing. By late last week, 16 dogs had died from injury or distemper. Dozens of dogs are being treated by area animal hospitals for a plethora of medical issues, including injuries suffered from cramped cage conditions. 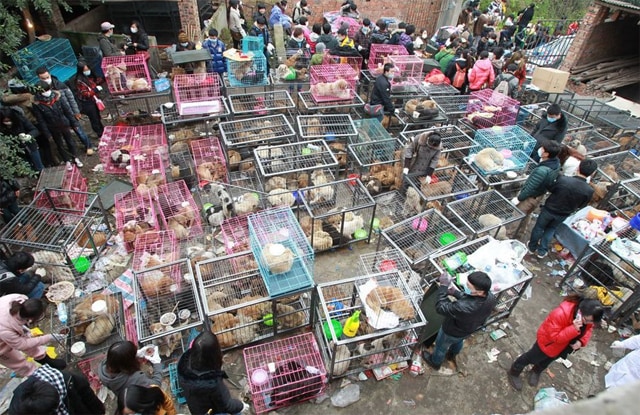 “The association plans to rent another building to put other sick dogs under quarantine in the next few days to ensure most dogs can survive,” said Chen.

But he fears that finding homes for more than 1,000 dogs is an insurmountable task for the association, he said.