Jonathan Kennard Williams, 27, has been sentenced to 15 years in prison for charges related to dogfighting, weapons possession and drugs distribution in connection to the April 20, 2011 investigation where 41 dogs were seized in Halifax, Va. 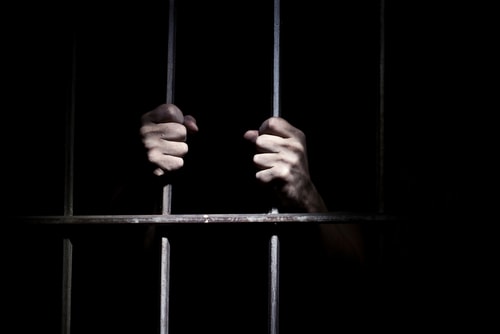 In addition to conspiring to sell dogs with the intent for the animals to participate in dogfighting, Williams pleaded guilty to several counts of distributing drugs and weapons possession. Williams was also sentenced to six years probation after his release from prison in U.S. District Court in Danville, Va.

“Dogfighting is a heinous crime that has plagued America and become both an animal welfare and public safety issue,” said Terry Mills, Blood Sports director of the ASPCA’s Field Investigations and Response team. “Dogfighting is often associated with other illegal activity such as drugs and weapons,” he added. “Thanks to the diligence of the ATF, the U.S. Attorney’s Office and the local agencies, Mr. Williams was held accountable for exploiting these innocent animals. We hope to continue our work in investigating organized dogfighting and protecting our nation’s animals from this brutal form of cruelty.”

On April 20, 2011, the ASPCA dispatched its Field Investigation and Response team to assist in the rescue, veterinary care and forensics evidence collection of 41 dogs associated with dogfighting. Working under the authority of the Bureau of Alcohol, Tobacco, Firearms and Explosives (ATF) and the U.S. Attorney’s Office and in conjunction with Halifax County Animal Control and Campbell County Animal Control, the ASPCA discovered many of the dogs exhibited scars consistent with fighting. The animals did not have access to clean water and appeared to have suffered from various medical conditions.

Following the seizure, the dogs were triaged Dr. Rachel Touroo with the Virginia Department of Agriculture and Consumer Services, and later behaviorally evaluated by a team led by Dr. Pamela Reid, vice president of the ASPCA’s Animal Behavior Center and a leading expert in the evaluation and rehabilitation of fighting dogs. The ASPCA worked with its shelter response partners to place some of the dogs with individuals and rescue groups; the remaining dogs were placed through Halifax County Animal Control.

The ASPCA Field Investigations and Response team has rescued countless animals from animal fighting investigations across the nation and launched its Blood Sports unit to investigate dogfighting and cockfighting in December 2010. Dogfighting is a blood sport where dogs are exploited and forced to fight as their owners profit from their torture. It is a felony in all 50 states and the District of Columbia.