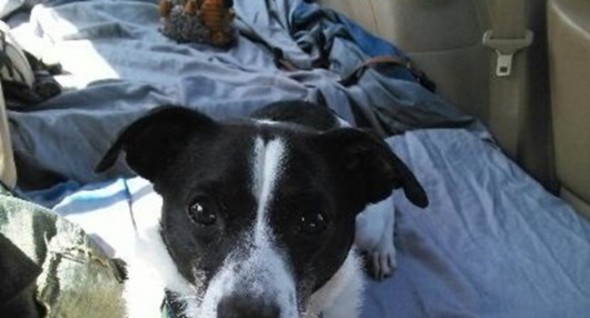 Deanna Corrine wasn’t sure if Vincent would recognize her after being gone a year, but was overjoyed to see her Jack Russell’s joy at their reunion.

He went missing from her Columbus, GA, home about a year ago and although she’d searched, it appeared he was gone for good. She told Tennessee’s NWTN Today she’d only hoped someone had found him and was taking good care of him.

“When we lost him I never thought we’d get him again,” she said.

Fast-forward about a year and the Georgia woman receives a call — from Tennessee. The Young-Williams Animal Center in Knoxville had her Vincent. Staffers had been able to identify him because he had been micro-chipped.

Corrine told Young-Williams not to put him up for adoption. “I kept saying, ‘No no, I’ll be there,'” she said. She and her mother left Georgia Thursday night and made the six-hour road trip to Knoxville to pick up Vincent on Friday morning.

Not surprisingly, Corrine recommends micro-chipping for every pet-owner.

“It seems like a lot of money, but it’s worth it in the end.”

She said the microchip and the overnight drive paid off. The reunion was both teary and waggy.

“He’s so lovable. Pets are family.”