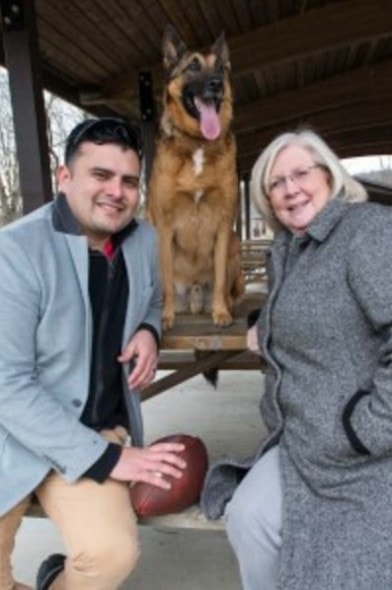 On Saturday, Army vet Julio Muñoz finally got to bring home the dog that he trained and worked with overseas.  Ben and Munoz fought alongside each other in Afghanistan, and when Munoz finished his last tour of duty, he was told that once Ben was ready to retire he would have the ability to adopt him.  However, that almost didn’t happen.

Not only did Munoz almost not get to adopt Ben, but many other retired military personnel that were told they’d be allowed to adopt the dogs they served with almost didn’t get that chance either.  In fact, thanks to at least two Pentagon employees and a third party military contractor called K2, many of our retired heroes found out they weren’t going to be getting their dogs, because they were being shipped off to civilians instead.

Kim Scarborough was one of the civilians who found herself with a former military dog.  She actually adopted Ben, and after looking at his deployment paperwork, she found out who his handler was.  When she learned about the Pentagon and K2’s scam of basically selling off the dogs instead of them going to their handlers, she reached out to the New York Post, who was one of the first media outlets to report on the story. 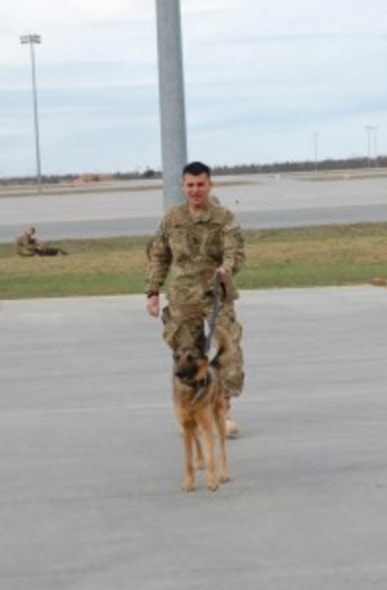 “If the handler wants Ben, he belongs to him.  Period, the end,” Kim said to The Post.

Julio was happy to have her reach out to him, but the selfless soldier didn’t want to completely disrupt Ben, especially if he was happy and doing well with his new family members.

“I wouldn’t want to ruin that for him,” said he.  “He’s already been through so much.”

Kim and Julio did get in contact with each other, and agreed to set up a meeting.  The tension was running a bit high when they finally got together.  The vet was concerned that Ben wouldn’t remember him, and Ben’s new mom was worried that he’d abandon her.

At the meeting, Ben bounded out of Kim’s car and straight over to Julio.  He had his wife, daughter, and son with him, and Ben took to them almost immediately.  After seeing Ben with Julio and his kids for just a few short minutes, Kim knew that he was their dog – no question about it. 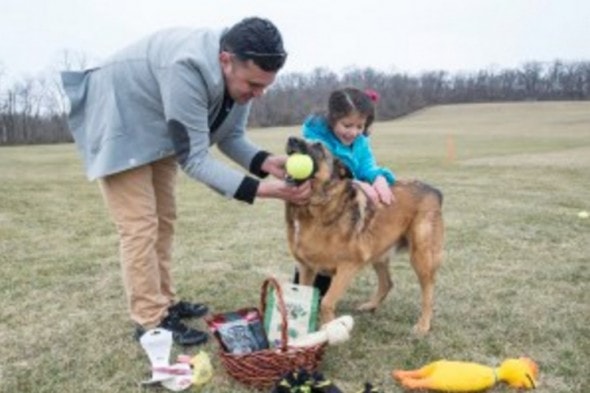 After Julio and Kim talked for a bit, she knew who Ben would be going home with that day.  Julio told her a story about his time with Ben in Afghanistan that he hasn’t really told anyone about.

“I don’t like to talk too much about what happened overseas,” Julio said.  “But we made contact with some bad guys, and I had to tie Ben back for his own safety.  I went back to the hole to start shooting, and Ben chewed through his leash and laid right down next to me.”

They continued talking for about an hour, but Kim had already made her decision.  She said, “Julio, why don’t you take the dog home?”

“He’s happy with you,” Julio said, trying to fight back the tears.  “I don’t want to take that away from him.”

She seemed to think about things for a few moments, then said, “I think he needs to take Ben home,” and walked to her car to gather Ben’s things.

“He’s done so much, been through so many things.  I don’t want to take him home,” he said.

But then he looked over at Ben, who looked back at him adoringly. 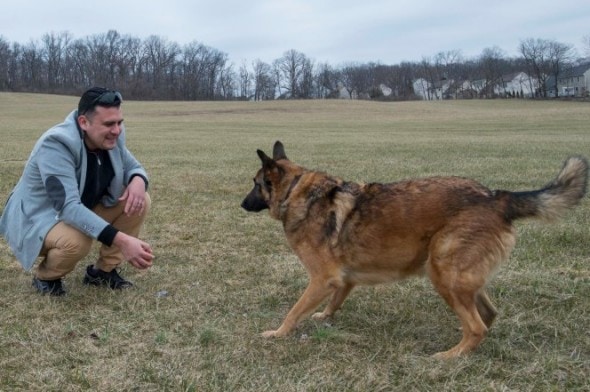