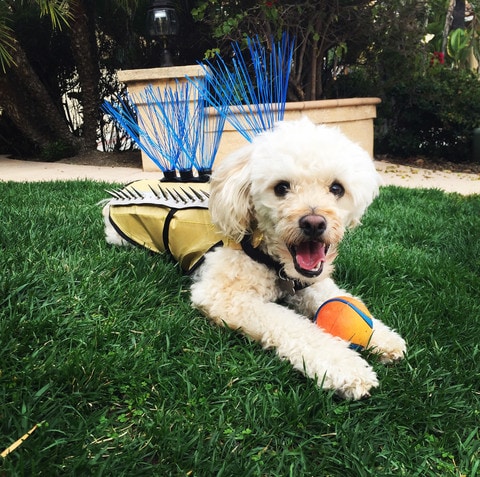 Paul and Pamela Mott from San Diego, California have invented a vest that dogs can wear to protect them from coyote attacks.  Inspired by the loss of their dog Buffy, who was killed in a coyote attack, they hope to spare other dog lovers the pain and suffering they went through.

“I just heard a yelp and I turned around and I saw her in the mouth of a coyote,” said Paul Mott.

The situation left the couple angry, but also wondering.  What could they do to put up at very least another barrier that would keep dogs safe from the same fate?

“What would it take to make my dog be able to withstand a coyote attack?” he said.

That’s when they came up with the idea for the protective vest.  It may make the dog look a little bit punk rock, but the CoyoteVest really is total protection for your dogs!  The vest has plastic spikes on it around the collar area, and has quills that run up the length of the back, from neck to rump. 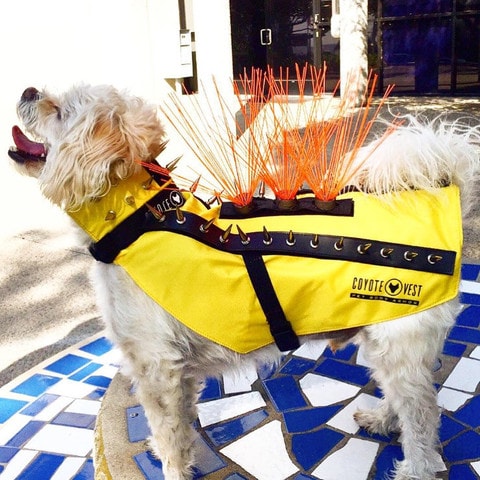 “I just want to save my dogs, and then I realized maybe this invention can save someone else’s dog,” he said.

So far, the Motts have sold 120 of the CoyoteVest, with the help of their daughter Nicole.  Their website has been getting so much traffic, and they’ve fielded so many orders, they’ve had to talk to someone about manufacturing the vests, just to keep up.

“I just know that that coyote is not going to be able to kill my dog instantly. I’ll have a chance to go intervene,” said Mott.

Mott knows that he could always just keep the dogs cooped up in the house all the time.  However, he doesn’t want to have to feel like he, or his dogs, have to live in fear.  He also doesn’t think it would be fair to keep the dogs inside all the time either. 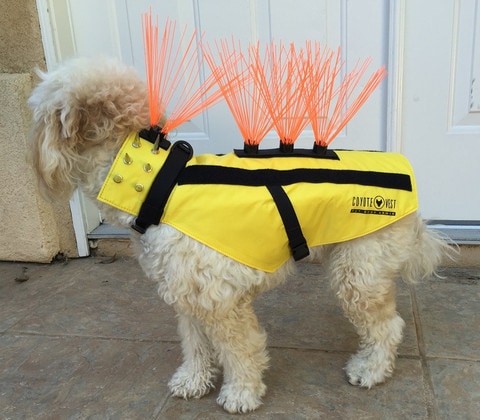 50 thoughts on “Couple Invents Vest to Protect Dogs from Coyotes”