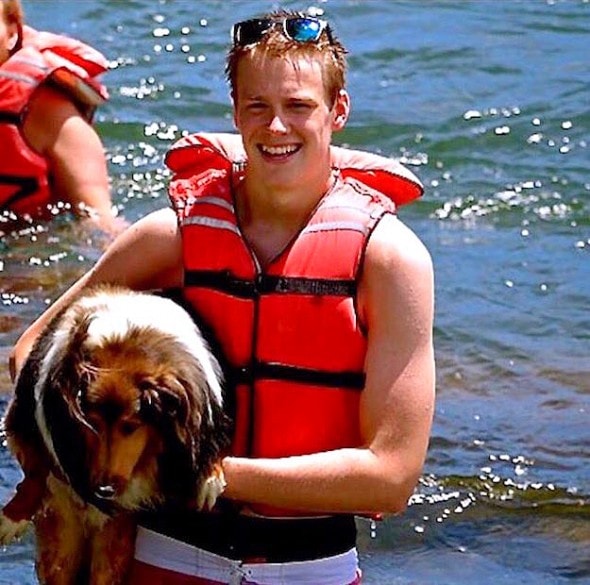 Sean is a 20-year-old sophomore at Oregon State, and the dog in the picture is his best friend, Willy.  When Sean was home for the holidays, he realized just how much he missed Willy, so he did the only logical thing he could think of.  When he returned to school, he smuggled the dog along with him.  Great idea, right?

Well, Sean’s mom and dad didn’t think it was too great of an idea.  All Sean really wanted to do was spend some time with his buddy, and give all of his friends at school a chance to meet and hang out with Willy, too.  After all, he’s a great dog!

It didn’t take very long for Sean’s parents to realize someone was missing at home.  Where the heck was Willy?!?  They searched all over, but he just wasn’t around.  Then, it dawned on them:  Sean took Willy back to school with him… AGAIN!  After all, this wasn’t Sean’s first attempt at “abducting” Willy.

That’s when his mother decided to send him the following: 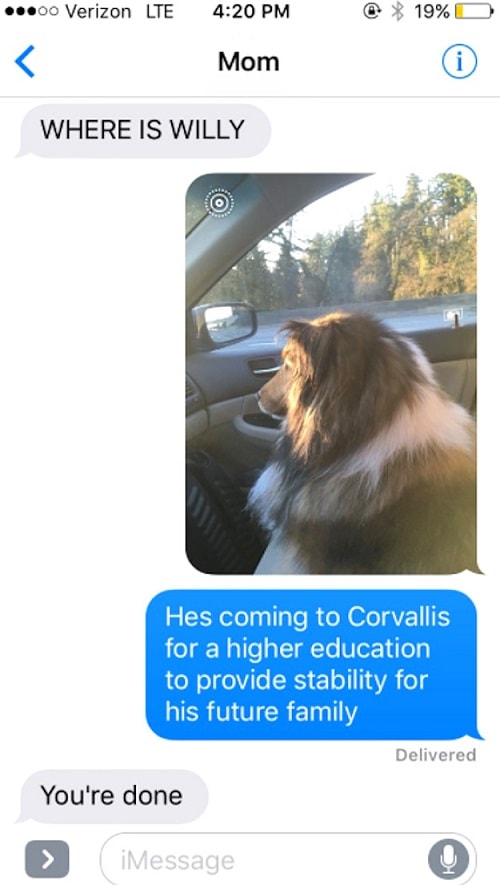 The last time that Sean tried this his parents were a little upset about him attempting this.  However, it ended up being one of those things that everyone more or less thought of as a joke.  Sean wouldn’t actually try to take Willy to school with him.

“After that I got the feeling from them it wasn’t too big of a deal,” he said.  “I was wrong, they were very angry.  They were worried that I wouldn’t be able to take care of him but I brought a tub of his food and his favorite toys.  He was in for a fun week but it got shut down.”

Sean admits that he was a little surprised about his mom’s reaction to all of this, but he really didn’t mean any harm by it.  As stated, Willy is just a really, really cool dog.  Wouldn’t you want your friends to have a chance to hang out with your dog if he was as “chill” as Willy is?  We most certainly would!

Willy is just too cute for words – no wonder Sean’s parents didn’t want him to take their pup away to school.  Sure, they may have made said that it was out of concern for Willy’s well being, however, we think it was secretly because Willy is just so darn cute, that they would miss him as much as Sean does, and they’d have to drive out to Oregon State University to steal him back… 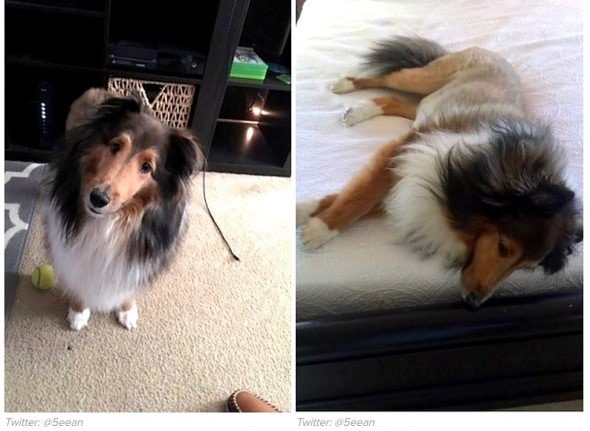