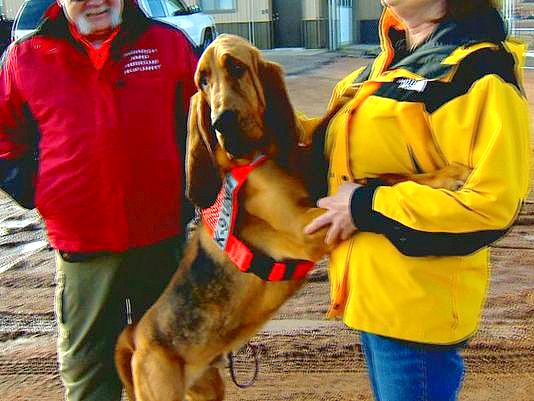 The small town of Divide, Colorado’s newest mayor is a dog.  But that’s hardly surprising; amongst the candidates were a horse and a hedgehog!  Because there is no official mayor for the population of 130, the Teller County Regional Animal Shelter has an election-fundraiser every two years to bring in donations for the only no-kill shelter in the county.

Buster the cat gave Pa Kettle a run for his money, but in the end, the bloodhound won the honorary title of Mayor of Divide.  The last mayor was a three-legged cat, so hopefully avid cat lovers can get on board with having a dog run the show. 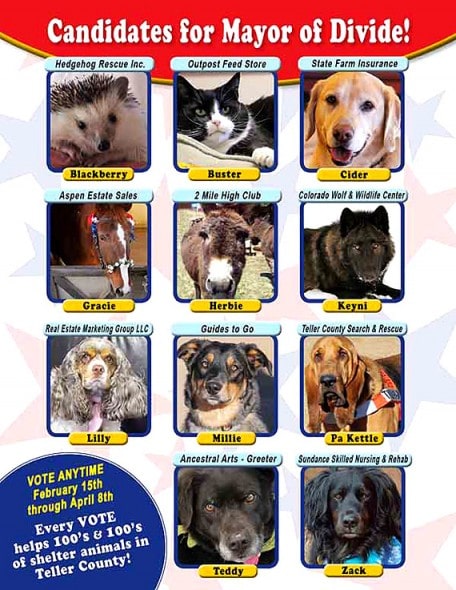 Every two years, the Teller County Regional Animal Shelter holds this special election – for very likely the most beloved candidates in US politics.  They charge $1.00 per vote, which keeps their no-kill shelter open and saving hundreds of lives each year.  The 2014 election brought in over $12,000!

This is a creative and fun way to fundraise in any town or city.  Elections can be held online, and people could vote, pay, and share the link with others in just seconds.  Perhaps your local animal shelter could use the suggestion…