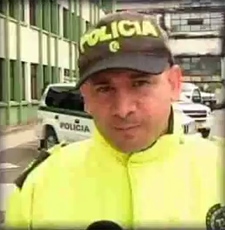 Please heed our strongest warning for graphic content, and if you can get past that, prepare to be infuriated.

The city of Caldas, Columbia is in an uproar over a very public, and completely sadistic display of animal cruelty. Police are asking for help from the public to identify a man seen in the video below. Witnesses say the driver of the motorcycle ignored honking horns and numerous pleas to stop and untie the dog, and instead accelerated, “driving like a bat running out of hell,” according to one witness.

Reporters are also pleading for the exposure and capture of this demented individual. They interviewed bystanders who were broken hearted at the site of the dog trying to keep up until it was simply impossible. When the dog was eventually found, it was too late – it had succumbed to its injuries and the driver had disappeared.

As upsetting as this is, it would be a tragedy if someone this dangerous were allowed to go free after thumbing their nose at an entire city while murdering a dog in front of its residents. As our audience grows, we notice more visits than ever from South America, and hope that those of you who live in the area (or those of you who know anyone who does) will make others aware and spread the word about this monster until he is found and prosecuted.

It’s too late for his victim, but justice is patient, and is waiting to be served to this hideous dog murderer.