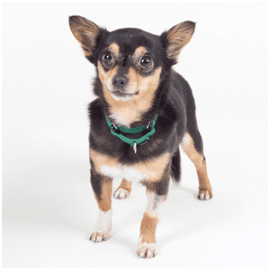 The staff at San Francisco SPCA knew she had a long road ahead before she could be placed in a new home, but they had no idea just how difficult it would be until she received her complete medical exam.

The veterinarian who examined Bonny heard a loud heart murmur and ordered additional diagnostic tests. It was discovered that Bonny had moderate to severe pulmonic stenosis, meaning that her heart valves were narrowed between her heart and lungs.

With surgery to open the passageways, Bonny had a good chance at living a normal life. However, the expensive procedure would have to be performed by a specialist and the money needed to be raised quickly.

Everyone mobilized on behalf of Bonny so that she could have the lifesaving surgery. They turned to social media, sharing Bonny’s story on Facebook and received an outpouring of support as a result. The community rallied behind Bonny by sharing, donating and offering words of encouragement. Within three weeks, $3,465 was raised, which was $465 more than their goal!

An SF SPCA staff member, Dr. J.J. Louie, fostered Bonny in her office as she prepared for surgery. In the quieter environment, Bonny began to relax and come out of her shell. She slowly became more comfortable outside of her crate, especially if Dr. Louie brought out a package of treats. Bonny even made friends with the resident cat and they would often cuddle up together on Bonny’s bed. 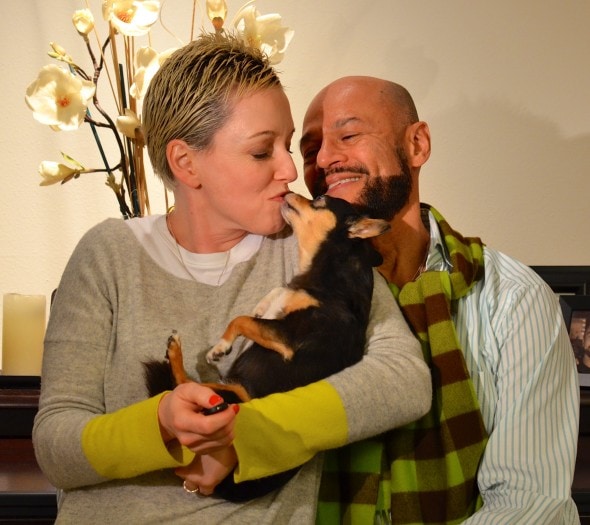 As Bonny was transferred to the University of California at Davis for surgery, everyone at the SF SPCA crossed their fingers and hoped for the best. They wouldn’t know how successful the surgery was until the next day, when the cardiologist would perform another ultrasound.

Thankfully, the follow up ultrasound revealed that the surgery had worked! There was a 70% reduction in the severity of Bonny’s heart problem. More than a 50% reduction is considered a success.

And the good news didn’t stop there. An SF SPCA volunteer who had been visiting with Bonny nearly every day, and who had donated to the campaign, fell in love with her and decided to adopt. As soon as Bonny was done recuperating at her foster mom’s house, she went straight to her new home.

Paige Wilcox, Bonny’s new guardian, says that the little dog is doing great! Although she’s still timid, Paige says that Bonny is becoming more confident and loves going on quiet walks around the nearby lake. And when Paige comes to the SF SPCA to volunteer, she often brings Bonny to visit her foster mom, Dr. Louie.