On August 9, 2015, a man from Medellín, Colombia, rescued a small dog that had been tossed in the Medellín River. Firefighters were called to the scene, but a commuter took the matter into his own hands and rescued the dog before authorities arrived. 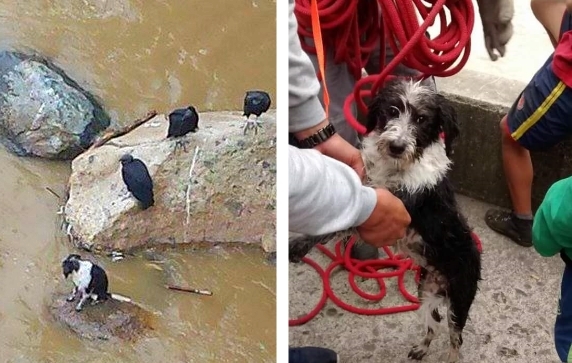 According to local newspaper El Colombiano, the hero rescuer was at a nearby Madera train station when he learned about the dog in distress.

Witnesses say an individual tossed the dog into the water and quickly left. Luckily for the pet, he was able to swim to larger boulders in the middle of the river and took refuge there until he was pulled out of the water.

The rescue efforts were shared on social media platforms and community member now praise the commuter as their local animal hero.

The dog did not suffer any injuries but is now looking for a forever home.