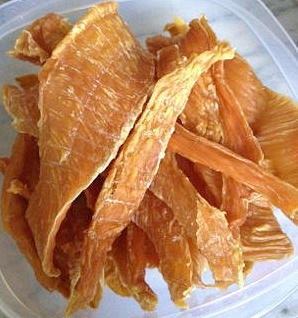 “After a weeks-long investigative trip to China and thousands of reports of sick and dying dogs, the FDA still has no answers and offers pet owners no protection,” said Kucinich.

Constituents reported illnesses in their pets after feeding them chicken jerky snacks, including ‘Waggin’ Train.’ Kucinich then wrote to the FDA demanding strong action and a briefing on their investigation.  The FDA, which had known about problems with the snacks since 2008, issued a warning in November of 2011 about the instances of illnesses, but did not issue a recall.

After Kucinich demanded stronger action, the FDA sent inspectors to plants in China to investigate the conditions in which the treats were manufactured.  The FDA failed to reach a conclusion, releasing their raw data with little context.

“The FDA is waiting to request a recall until it has full scientific certainty about which contaminant or chemical in chicken jerky pet treats is causing deaths of pets all over the country.

As the FDA waits, it has to decide who pays the cost of the uncertainty.  Will it be the dog treat manufacturers, who refuse to issue a recall on their own and make even more money in doing so?  Or will it be beloved dogs and cats who pay with their health and their lives and whose owners receive no real warning about the danger posed by dog treats?

By allowing the treats to stay on the market as the years-long investigation drags on, the FDA is guaranteeing more pets will die. Why?” said Kucinich.