The voters in Cormorant have elected a dog named Duke in a landslide victory over a human candidate.  Keep in mind, there are only 12 people in the village able to vote, and each paid one dollar to cast their vote.

Before being presented as the winner of the election, Duke received five hours of grooming so he would look his best.  He will be officially sworn in to office on Saturday.  The swearing in will take place at the city’s yearly fair.

Anyone wondering about the salary for a dog-mayor in a place like Cormorant can rest assured, Duke will be paid well.  A local pet food store is providing Duke with a year’s supply of kibble to Duke.  A fitting reward for the new mayor as a thank you for his service to the city.

Duke is seven years old, but he is not exactly the youngest mayor ever elected in Cormorant.  There was Bobby Tufts.  Tufts was elected into office at just three years old.  Tufts had been replaced as mayor recently by Eric Mueller.  Mueller wasn’t exactly a seasoned veteran when it comes to politics, but who is at 16 years of age?

Duke seems to be pleased with his recent election into office.  It will be interesting to see just what his take on local politics are, and what he will do to help the city of Cormorant, Minnesota in the coming year.  Duke’s family couldn’t be happier for their furry best friend, and look forward to sharing all the benefits of being elected to the office of mayor. 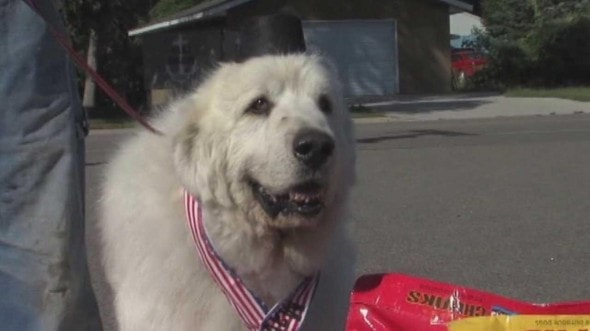