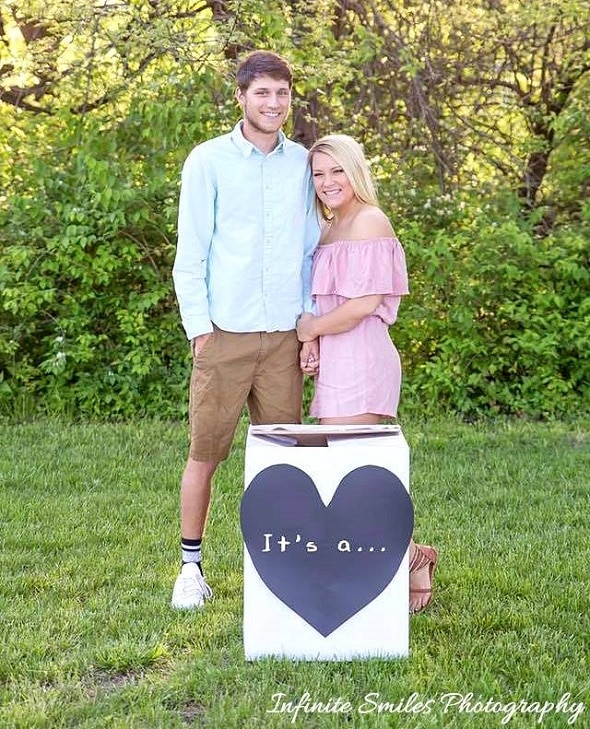 Maternity shoots.  Parties to reveal the sex of the baby.  Photos of babies’ monthaversaries. These days, people document and celebrate every little milestone in their children’s lives – and their dogs’!  A young Missouri couple recently adopted a puppy, and they wanted to share their exciting news with loved ones in a truly adorable way.

Kennedy Sartwell and boyfriend Jake Sartwell adopted little Raven Michele last week.  Kennedy’s mom is a photographer, so she commissioned Infinite Smiles Photography to do a photoshoot to make their big announcement. 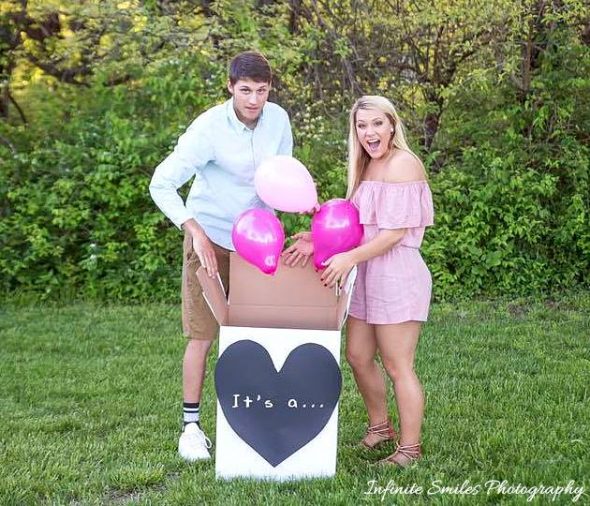 But of course, the concept was easier than the execution.  Raven is a playful little puppy, and having her sit still or cooperate for particular shots was a challenge.  To do the classic reveal of the puppy’s sex (mistakenly called a “gender” reveal by most), they wanted to open a box to release pink balloons.*

“She was maybe in the box for 20 seconds, but she was all over those balloons, so we hurried up and opened the box so she could come out,” photographer Cristy Sartwell told The Dodo. 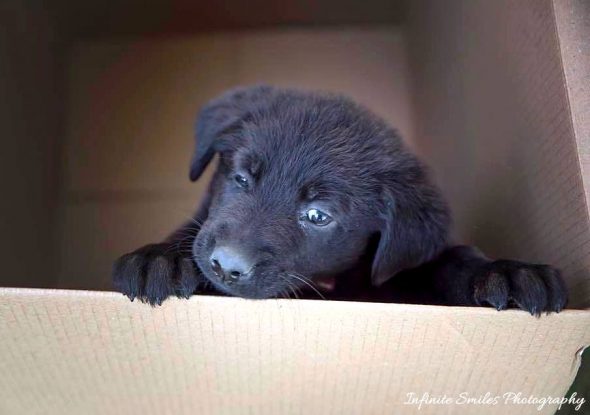 “We tried to do a posed family shoot, and she was having none of that, and that’s how the picture of her running toward me evolved.  I said, ‘Just hold her, let me lay down.’ And I got her squeaker toy and got her attention.”

To get the best shots of the rambunctious lil lady, Cristy had to think like a puppy.

“I said, ‘I think if you guys kiss, she’s going to look up at you, so just hold your kiss and I’ll take pictures,’” she explained. 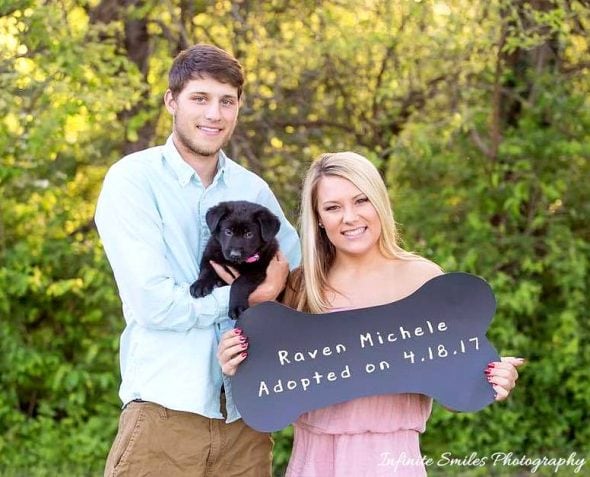 Though getting such splendid shots wasn’t easy, Raven had a terrific time romping around in the meadow.

“She seemed to have a good time,” Cristy said. “She really likes to eat dandelions, so she was chasing all the little white dandelions that were blowing.” 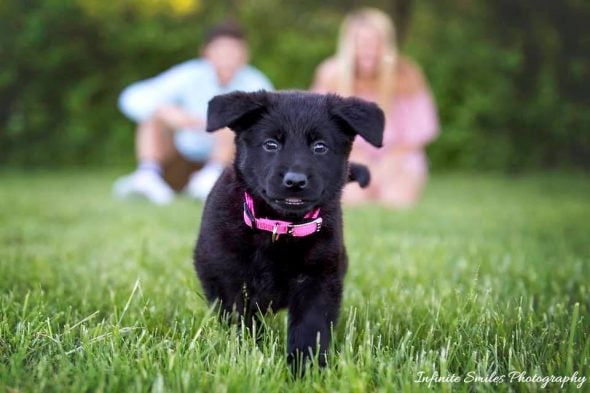 Kennedy was thoroughly pleased with how the photos turned out.  She loves being a mom to her puppins, despite the constant work and lack of sleep. 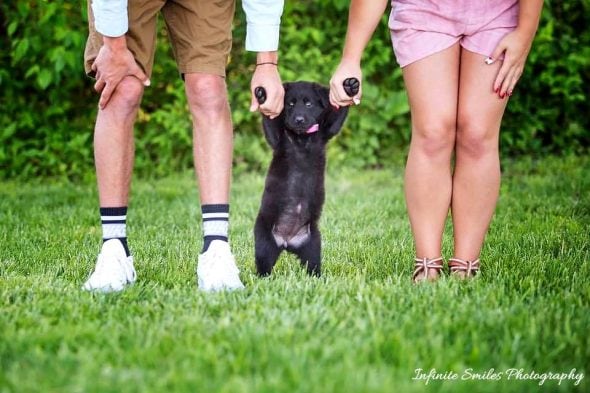 But that puppy breath makes it all worth it, doesn’t it?  Cristy is also thrilled to welcome a grand-puppy to the family.

“We are very excited to have a new family member,” she said. “I think it’s wonderful the way people have embraced owning dogs and cats. I think we’ll be seeing a lot more of this kind of thing — I think it’s absolutely darling.” 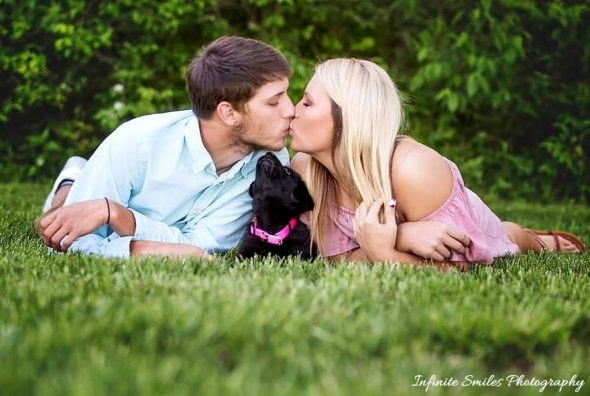 *If you love animals and the environment, PLEASE do not release balloons into the sky.  They eventually come back down, and contribute to the overabundance of garbage littering the planet.  The popped remnants are also consumed by birds and aquatic animals, who often starve to death because their bellies are full of detritus that cannot be digested.