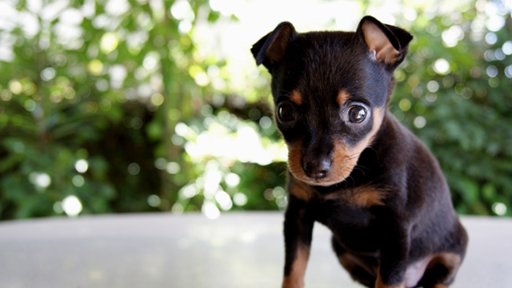 A couple in Leechburg, Pennsylvania is facing criminal charges for selling their neighbor’s 6-month-old Rottweiler puppy on Craigslist. The puppy, named Bailey, went missing with a golden retriever mix. Both dogs belonged to Shawn Lerch. The two dogs wandered onto the Duff’s property on September 3rd and Roxanne Duff contacted police and left a message asking what she should do with the dogs. The Leechburg police returned her phone call and recommended she contact an animal shelter and told her they would contact her if they found the owner of the dogs. However, at this point Roxanne informed the police that the Rottweiler puppy had run away.

Later that night, Lerch, contacted the police and let them know Roxanne had returned the golden retriever mix but Bailey was still missing.  He also informed police he believed the Duffs still had Bailey.

The next day the police went to the Duffs to question them about Bailey. The Duffs children were home with a babysitter when the officers showed up. They asked the two children about the puppy. The police report stated that the young child said, “His mommy had given the dog to a woman from the Internet.”

The police contacted Scott Duff with this new information. However, Duff maintained that Bailey had run away. Police let Duff know that charges would be filed if he still had the dog or had done something with it. Soon after Duff called police back and admitted that he and his wife had sold the dog on craigslist for $50.

The police located the woman who bought Bailey from the Duffs. She said she was unaware that the dog had been stolen and Bailey was returned to Shawn Lerch. The Duffs are charged with two counts of conspiracy. In addition they are charged with not making a reasonable effort to return lost property and to making a false report. A preliminary hearing is to take place on October 31st.