When you plan a wedding on the fly, you know that things aren’t going to be perfect, and that’s part of the charm of spontaneity.  And who could do a better job filming a magical, snowy wedding on a mountain than a Siberian husky?

“We actually eloped, so everything was last minute, including my wedding dress,” Addie Burnette told Refinery29.  “The cool thing about it is that we eloped [on] the same mountain where we had our first date 10 years before, and it just so happened to snow two feet that day.” 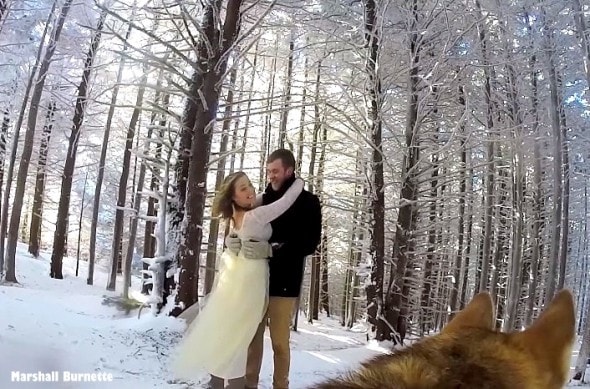 The wedding took place on Roan Mountain, Tennessee on November 2nd of 2014, but like all huskies, Ryder is a perfectionist, and wanted to get the editing just right, so the video wasn’t posted on YouTube until just recently.

Many people often slink off when they see the wedding videographer coming their way, but not with Ryder – everyone wants to see her!  And because she’s a dog, she got VIP access throughout the day.  She was there as Addie got dressed, she was able to enjoy more of the venue than the guests, and she was a hit at the reception, and probably got more than her fair share of party food. 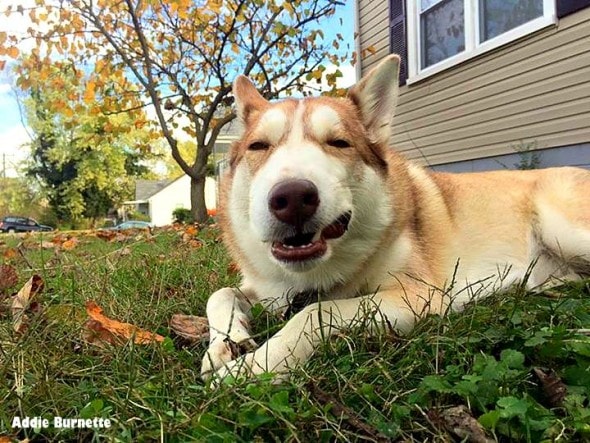 Groom Marshall Burnette is a director, so it makes perfect sense that Ryder would do such a good job filming.  She may have had just a little help with the editing, though.

“Ryder did a pretty great job, so we’ll see if she landed a career in this industry like her dad,” Addie said.  “We’ve had several comments that she did better than most hired wedding videographers.”