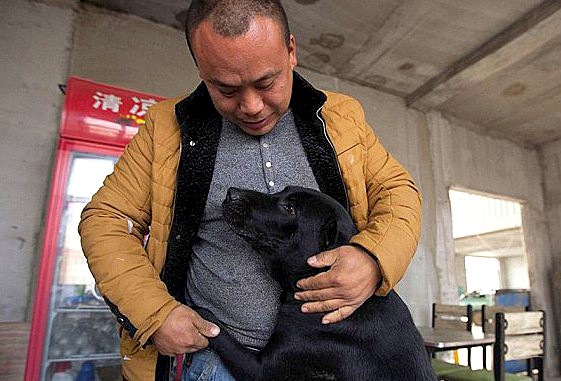 A Chinese millionaire has spent his entire fortune – and then some – saving thousands of dogs from being butchered for food.  He even bought a slaughterhouse and turned an abandoned building into a massive shelter.

Wang Yan had been running a successful steel manufacturing business in Changchun city three years ago when his cherished dog went missing. 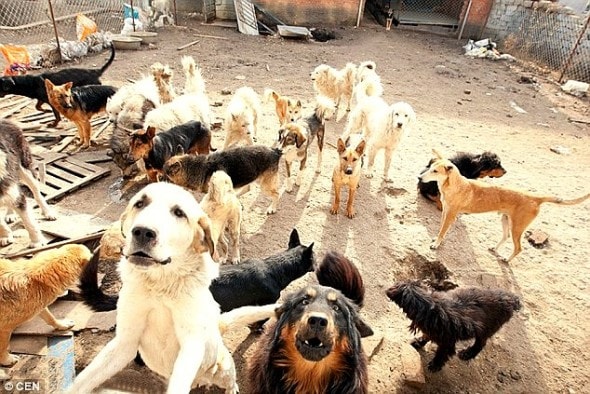 “I went looking everywhere, but all to no avail,” he told Sina News. “Finally someone let me go into the slaughterhouse to try my luck there.”

He didn’t end up finding his pet, but the gruesome sights he witnessed were so deeply traumatic that he felt compelled to establish an animal shelter at an old steel mill. 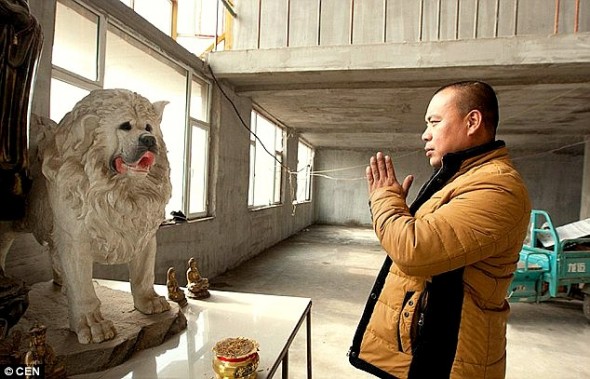 He provides whatever food and medical care he can to the dogs.  There were over 1,000 of them at the shelter at one point, but now there are only about 200, because most of them have been adopted. 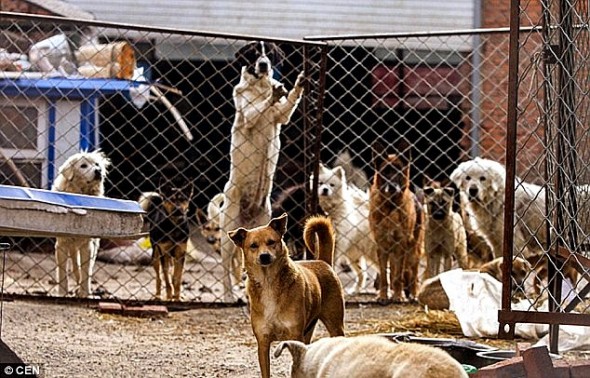 However, even adoption won’t ensure a dog’s long and happy life.  A law was recently passed by a municipality in Shandong province outlawing dogs.

“All dogs must be removed from the district,” said a statement by the committee.  “Otherwise authorities will enter your house and kill your dog on the spot.” 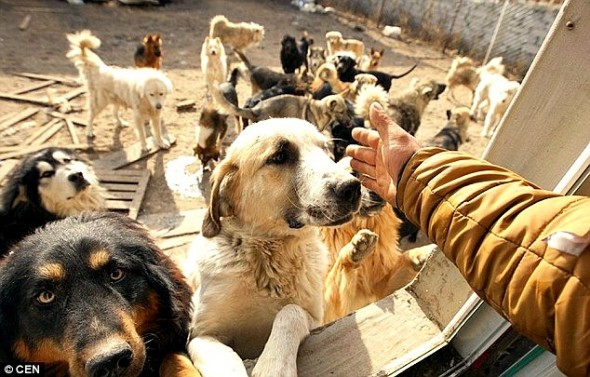 But that won’t stop Yan from carrying on and saving as many dogs as he can from becoming food.  His endeavor has put him spiraling into debt, but he doesn’t regret it.

“I don’t accept monetary donations.  I only hope that kind-hearted people will be able to donate a few supplies to help.” 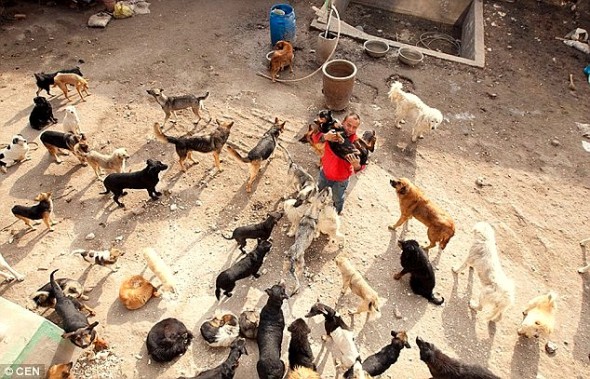