Willie went missing about six years ago from his home in Las Vegas, Nevada.  His human parents didn’t believe that they would ever see him again, especially after being gone for so long.  However, a Christmas miracle must have taken place that brought Willie back home for the holidays.

Willie took off on his human parents while they were visiting the Northern part of the Las Vegas Strip.  They made numerous attempts to find him, but alas they could not.  It would be six long years before anyone would hear anything about Willie.

Just before Christmas, the couple from Las Vegas took a phone call that was 100% unexpected.  Willie had been located, and was safe, sound, and in good health.  He was also 300 miles away from home.  Apparently, another family came across the dog while he was wandering, and they took him in.

The couple from Las Vegas are just happy to have Willie back again where he belongs.  They are very appreciative of everything that everyone that came across Willie on his travels did to help keep him safe until he could be returned, and are calling Willie’s return a Christmas miracle. 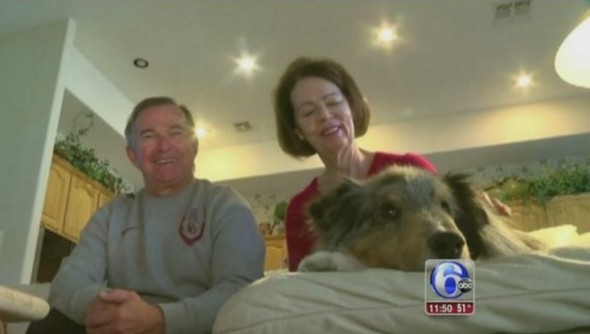