When you think of witnessing nature at its best – lions chasing hyenas or crocodiles snapping at gazelles – you think of a safari, never would you expect that while you’re enjoying the beautiful beaches of Puerto Vallarta, Mexico, you’ll witness a crocodile attack.

Tourists were in for a surprise while they enjoyed the marina. A local shop owner’s dog, a Black Labrador with a red collar, went to the water’s edge to gaze at the crocodiles when suddenly an aquatic reptile snatched the poor dog off the shore, killing him instantly. 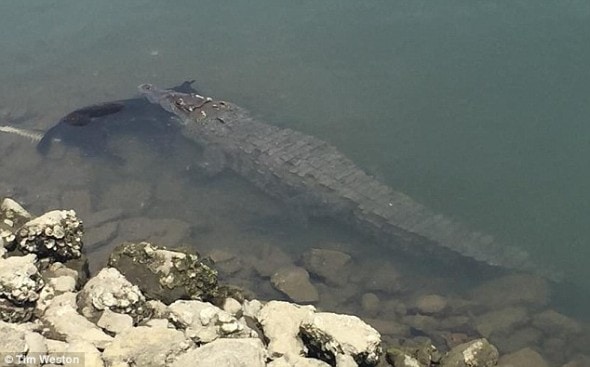 Visitors were expecting to see crocodiles in the area since there is a sanctuary for these animals a few miles away up a river, but they never expected to see man’ best friend get attacked.

What’s worse, the crocodile swam for hours with the dead dog in his jaws.

The video of the croc swimming with the dead dog was uploaded to Bogged on Facebook. We want to spare you from seeing this sad scene, but if you have a strong stomach, go ahead and watch it there.