School children from the Jersey Shore Area School District in Pennsylvania won’t be greeting Patches the crossing guard dog this year on their way to school or the way back home. The district has “terminated” Patches’s position and he is no longer welcomed at his crossing post. 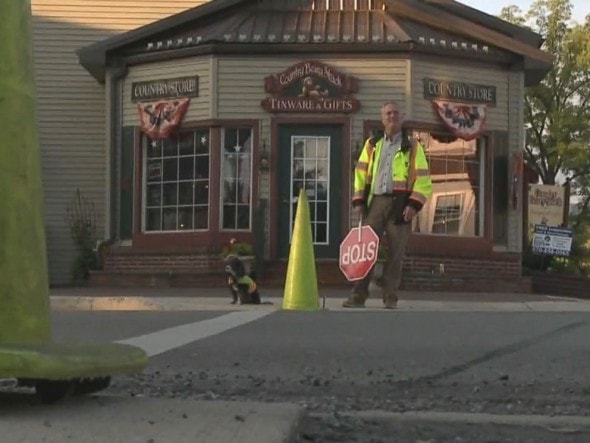 Patches accompanied Brad Curtis in his daily job as crossing guard for the past two years, but recently the District informed Curtis that for safety reason the dog needed to be removed.

“We have clear policies in the school district regarding any type of animal during the work day,” Superintendent Dorothy Chappel told WNEP. “Yes, he is a cute, adorable pet. … The bottom line: There are always unanticipated risks with an animal. Any known distraction needs to be removed.”

School children and parents were surprised to learn the four-legged crossing guard had been fired. Many pedestrians are not too happy with the decision and other animal lovers understand the potential risk Patches presented. However, they too miss greeting Patches on their daily school routine.

“A lot of people know he’s there in the afternoon, and they get a kick out of seeing him,” said Curtis. “They pay more attention. They slow down. He’s really helped keep down the speed of traffic in the particular intersection.” 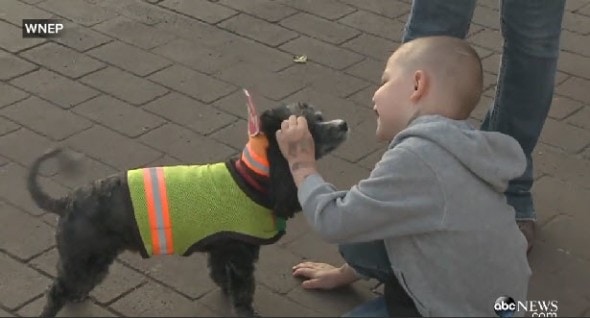 Curtis never officially trained the dog for the job, but the pet’s friendly demeanor helped him perform the job to perfection.

“He follows my every movement, and his eyes are totally focused on my feet. There’s no voice command, and I don’t have treats,” said Curtis. “He just follows me when I stop and go. It’s amazing.”

According to ABC News Patches was not reported to the district by employees, neighbors or parents, they simply learned of the unpaid crossing guard dog when local news featured the working dog. That’s when they informed his owner that Patches had to go.

You are missed Patches, and we thank you for keeping children safe and making them happy all this time.