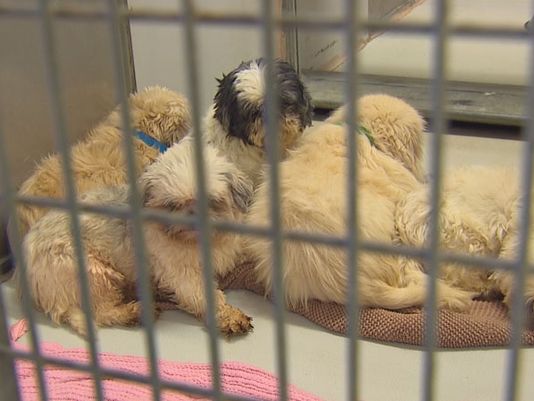 Dozens of dogs have been removed from a home in Belfair, Washington after a cry for help via Facebook prompted one heck of a rescue.  Not just for the animals living in the horrific conditions, but the home’s human inhabitants who were in need of immediate rescue as well.

According to County Detective Bill Adam, the conditions in the home could only be described as “filthy.”

Over the weekend, the homeowners made a public cry for help on Facebook.  They were simply too ill and not properly equipped to handle so many dogs.  Someone went to their home after seeing the post, but when they got there no one answered.  That person then called 911.

When authorities arrived, it wasn’t just the dozens of dogs that badly needed help.  The couple is in their sixties, and there were over 40 dogs found in the home.

For the time being, the dogs have all been given full medical work-ups and have been placed at local shelters.  They will stay there until the investigation into the situation is completed.  Then many of them will be made available for adoption.