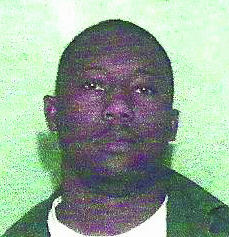 One of the men arrested and charged with crimes involving keeping dogs on his property for fighting purposes has had his trial date, originally the 14th of July, postponed until the 3rd of November to allow for time to apply for a pre-trial diversion program.

The United States Department of Justice describes a pre-trial diversion program as follows:

“Pretrial diversion (PTD) – is an alternative to prosecution which seeks to divert certain offenders from traditional criminal justice processing into a program of supervision and services administered by the U.S. Probation Service.  In the majority of cases, offenders are diverted at the pre-charge stage.”

David Grace was one of 14 people from four states charged in Alabama last year at the culmination of an intense investigation by many branches of law enforcement.  According to court documents, 33 pit bulls in total were taken from the property owned by Grace and his mother in Abbeville.  He was charged with possessing dogs for fighting purposes.

Prosecutor Clark Morris said the diversion would include many penalties for the crimes committed by Grace.  He would have to forfeit all dogs, pay restitution for the dogs which includes care, feeding and housing all 33 dogs, continuing to pay for their upkeep and community service.