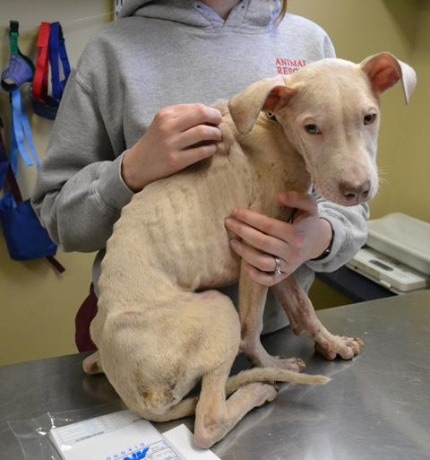 A FedEx driver came to the rescue of severely neglected and emaciated dog Wednesday morning and now the Animal Rescue League of Boston is asking anyone with information on the dog to contact them.

The FedEx driver found the neglected puppy in Dorchester. The puppy was covered in its own waste, had open sore, bacterial infections and several other problems. The driver called the Animal Rescue League of Boston’s Rescue Service Team for help.

The puppy, who has been given the name Oliver Twist, was rushed to the League’s facility in Boston where he was cleaned up and fed and is now being monitored. The League and Boston Animal Control are investigating Oliver Twist’s case and are asking anyone with information to call 617-226-5610.