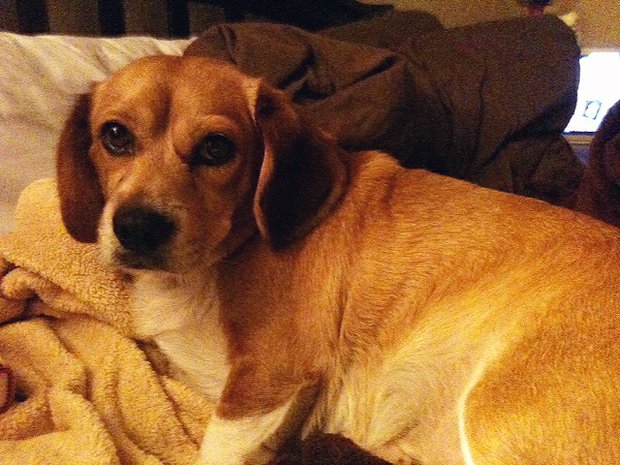 U.S. Navy petty officer Emily Valenzuela said when military life became too stressful, she would look at photos of her dog, Bert, to help get through tough times. The thought of returning to him was enough to keep her going. Which is why the California woman was devastated to return from deployment to learn that her dog was dead.

Valenzuela had left Bert with a cousin who promised to care for him in her absence. But her cousin gave the dog up for adoption just weeks after she was deployed.

Valenzuela’s cousin Christa, 32, said the dog was unruly, untrained and she had no way to contact Emily when she struggled to take care of Bert. So she admitted taking the dog to the county’s Department of Animal Services after Emily deployed.

On Tuesday, Emily discovered Bert had been euthanized in December. “It was definitely not the homecoming I was expecting to have,” she said.

Emily said she obtained Bert around April 2011 and brokered an arrangement to share an apartment with her cousin, so she could have much needed help. Emily allowed Christa to pay $200-$250 a month rent at first, they both said, a rate that was reduced to zero when she deployed in November.

A few weeks later, the dog was brought to the county’s Department of Animal Services.

“It was turned into us as a stray, with the person saying it had just wandered into their apartment,” spokesman Dan DeSousa said.

County employees euthanized Bert after a week in the shelter because they couldn’t handle him, DeSousa said. He admits that it was probably not the dog’s fault.

“The dog was probably fearful,” DeSousa said. “We understand that, but we just could not touch this dog at all.”

Nearly seven months later, Emily returned without any idea her dog was dead. She said Christa only told her during a phone conversation, while she was being driven home, that Bert had been put in a shelter to be adopted.

“I thought she was joking,” Emily said. “I seriously was in complete shock.”

In a recent interview, Christa defended her actions, saying there was no written agreement for her to take care of Bert. She said she was unprepared for the responsibility of caring for a dog, never having owned one herself.

She admits to feeling “a little bit” guilty about what happened. “I’m willing to help her find another dog if she wants another dog,” she said. “I thought she didn’t care about him.”