The body of a South Carolina boater missing for three days has been found in a cove on Lake Murray – with his faithful dog by his side. Russell L. Sandlin, 61, was last seen on Sunday when neighbors witnessed him getting into his boat with his Weimaraner, Sadie. 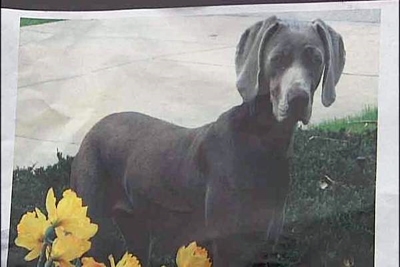 Newberry County Sheriff’s Lieutenant Robert Dennis said when rescue crews found Sandlin, Sadie was at his side, trying to remove branches from his body and stopping occasionally to lick him. She had not yet given up hope, and was trying to save him.

The incident is being investigated by the Department of Natural Resources, but is being described as an accident. Officials say that based on their initial investigation, there does not appear to be any foul play involved.

Sadie is resting and well, and was recovered by family members Thursday.