Suffolk County Court Judge James Hudson has charged a New York woman with child endangerment for allowing a 10-year old child to witness the euthanization of a dog. 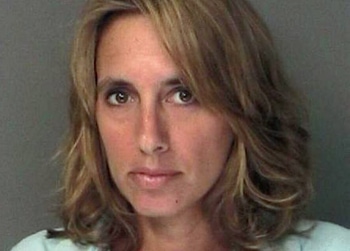 Hudson offered the findings following a two-week trial that ended Thursday, telling Mona Kanciper that putting a dog down in front of a child was egregious. The girl who witnessed the dog being euthanized was a  student who enrolled in horseback lessons at Kanciper’s horse rescue facility. Sentencing is scheduled for December thirteenth, and we were surprised to learn that Kanciper is facing up to one year in prison for the endangerment charge.

Kanciper intends to appeal, and has already engaged the Suffolk County Society for the Prevention of Cruelty to Animals in a $25 million lawsuit.

“It is a sad commentary about our criminal justice system that without any substantive investigation, the SCSPCA and the district attorney’s office wasted the time and resources of the court and the people of Suffolk County,” Kanciper said in a statement. “My reputation and that of my family and my business have been irreparably damaged by this experience.”

View an earlier report on the incident from WPIX: