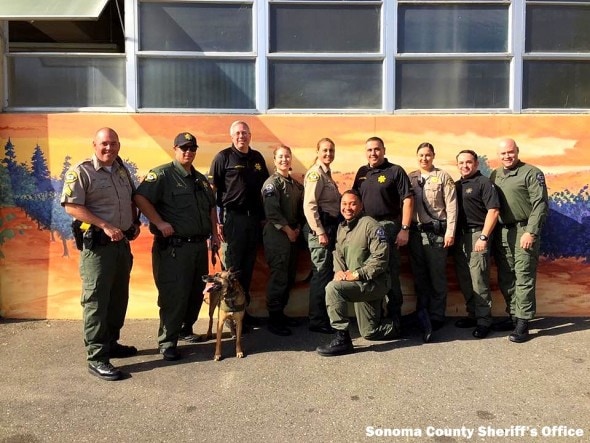 When the Sonoma County Sheriff’s Office received a call about someone making a noise upstairs in a man’s house, they prepared themselves to face the worst.  When they came face-to-face with the culprit, they nearly died – of laughter.  The intruder?  One of the man’s dogs!

Last week deputies were called by a distraught 18-year-old.  He had been home alone when his dogs began agitatedly barking.  He knew their barking meant something was wrong, so he did a bit of investigating and heard noises coming from upstairs, near the roof.  He barricaded himself and his pets and called 911.

“We came out and he’s all afraid, thinking there’s a prowler in his house,” department spokesperson Spencer Crum told The Dodo.  “Several deputies arrived and went in the house, a couple of others stayed outside to search the exterior.

“One of the deputies outside the house heard this scratching noise,” he continued. “He shined his light around the house and saw this dog sticking his head out a skylight on the roof. The deputy said — and I quote — ‘At that point we ditched all tactics and died laughing.’” 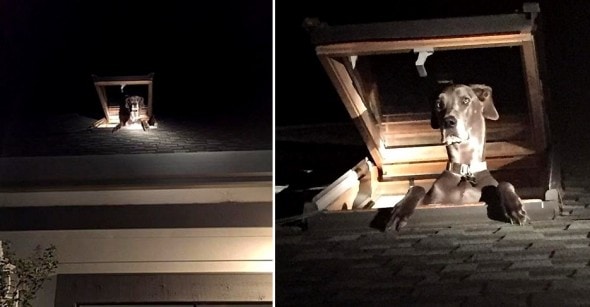 The dog in question wasn’t even an intruder – he was one of the owner’s pets!  He got into an upstairs bedroom and was tall enough to stick his head out the skylight, enjoying view and the breeze.

“Apparently, the littler dogs had been freaking out because they couldn’t get up there,” said Crum.

In his panic, the young man didn’t realized that he hadn’t accounted for his largest dog.  Thankfully this was one situation that ended in smiles for all involved.

“I’ve done this job for 25 years, and there’s been a lot of strange calls,” Crum said. “A dog mistaken for an intruder in his own home? That’s pretty abnormal.”