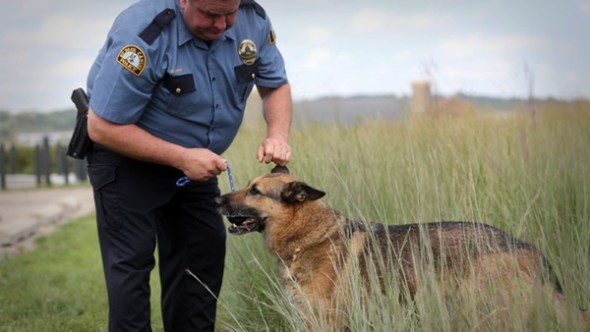 Sarik is the oldest dog working with the police in Saint Paul, Minnesota.  Regardless of his age, he proved that his amazing K-9 sniffer has still got what it takes to do the job when he discovered NINE POUNDS of methamphetamine hidden in a flower bed.

Yes, finding hidden drugs IS his job as a police K-9 officer.  However, the culprits spared no expense when it comes to trying to conceal them.  They were not only buried underground, but they were in a sealed container, and in a cooler.

Sarik and his handler, Officer Pat Murphy, were working outside of a suspected drug house when they came across the massive quantity of meth.  As they passed in front of the flower bed, Sarik began to display tell-tale behavior that he’d found something of interest.

“He started making sharp turns, trying to figure out where it was actually coming from,” said Officer Murphy.  “It’s very unusual to have something buried like that, so it was harder for him to pinpoint exactly where it was.  There was a plastic garbage bag with a soft-side cooler, and then there was individually-wrapped Tupperware things that were about 1-inch deep, maybe, 4- or 5-in. long, and then those things were sealed in like a vacuum sealer.” 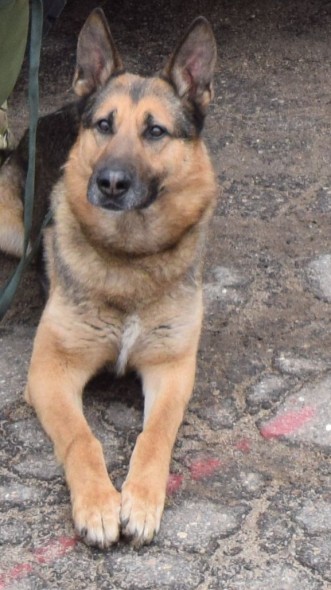 The bust might be a big one, but it could also be one of Sarik’s last.  He is going to be retiring this winter, and he’ll be going to live with Officer Murphy full time.