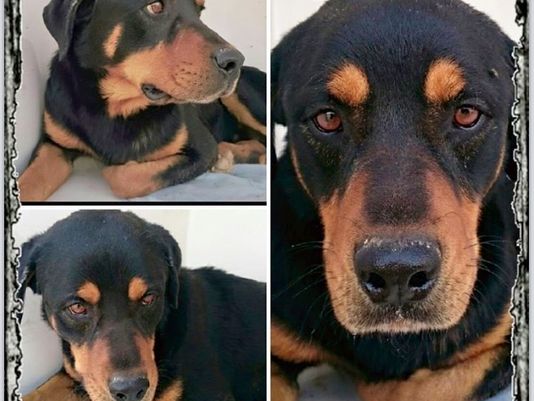 On Sunday, a dog was found tossed into a canal, bound up an a dog crate that had been wrapped in chicken wire.  Pinal County Deputy Daniel Campbell is credited with rescuing the dog after being flagged down while on patrol.

The dog was near Rolling Ridge Road and Sierra Vista Drive in Pinal County, Arizona.  After arriving to where the dog was, Deputy Campbell got to work immediately trying to get the poor dog out of the canal.  Eventually, he was able to get a good hold of the crate, and pulled the dog out of the muddy, murky water.  The dog was very lucky to be rescued when he was, as the water would have started to rise in the canal soon, and could have drowned.

The dog is estimated to be about two according to an official report issued by county animal control.  He didn’t seem to be in any real medical trouble, and actually is a very friendly guy.

“The dog is doing well,” said Audra Michael.  she’s the interim department director for animal control.  “He is with very friendly and will be up for adoption on Thursday.  We are all thankful Deputy Campbell was able to pull this dog to safety; he did a great job.”

He has no microchip and didn’t have a collar with an ID tag on it.  For now, he’s staying with county animal control, but will be available for adoption soon.  If anyone knows the dog or the people responsible, they are being asked to contact the Pinal County Sheriff’s Department at 520-866-5111, or animal control at 520-509-3555.