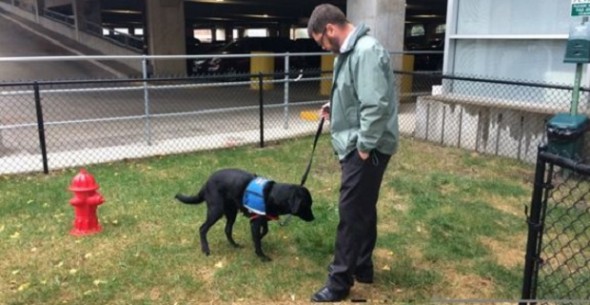 The Des Moines Airport in Iowa came up with a pretty cool option for an issue they were facing, and what makes things better for them is it probably won’t come close to costing as much.  Plus, dogs traveling with humans will have a safe and comfortable (for a dog at least) spot to relieve themselves.

The issue was first raised this summer, when the airport found out that new federal regulations required an area to be set aside for this specific purpose.  They were looking at having to add an entirely new building on the grounds, which one could imagine being anything other than cheap.  Their new solution will save them about $100,000 in the end, which is NOT chump change. 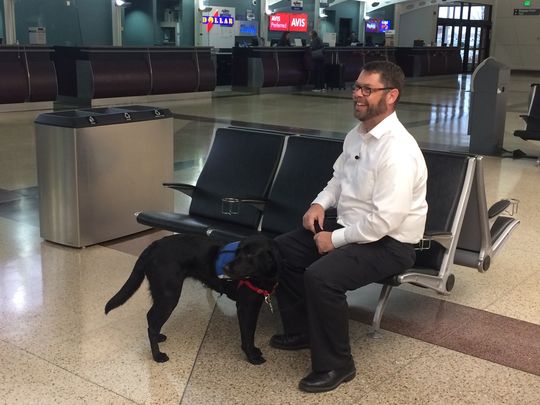 They decided that they would set aside an already grassy area just outside a set of doors in the terminal.  It’s at least going to keep them compliant, and not force people to solve the issue in more creative ways.  They were even able to get a service animal organization to back them in the effort, and got the go-ahead from the FAA.

Paws and Effect is a not-for-profit out of Des Moines that aims to pair service dogs to military vets in the area.  According to Executive Director Nicole Shumate, the service dogs are actually trained to be able to hold off going for anywhere from six to eight hours, so regardless of where your plane lands at the terminal, all those needing to get their service dogs to the “facilities” can do so quickly.

“I think it is perfectly reasonable with the size, with the traffic, with the number of passengers we have in Des Moines,” she said.