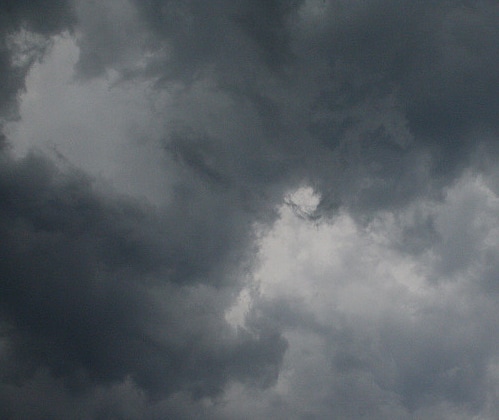 The CU-Boulder study showed that of the four Midwestern cities in the experiment, two cities had significant quantities of fecal bacteria in the atmosphere — with dog feces being the most likely source.

“We found unexpectedly high bacterial diversity in all of our samples, but to our surprise the airborne bacterial communities of Detroit and Cleveland most closely resembled those communities found in dog poop,” said lead author Robert Bowers, a graduate student in CU-Boulder’s ecology and evolutionary biology department and the CU-headquartered Cooperative Institute for Research in Environmental Sciences, or CIRES. “This suggests that dog poop may be a potential source of bacteria to the atmosphere at these locations.”

The study was published July 29 in Applied and Environmental Microbiology. Co-authors on the study included Noah Fierer, an assistant professor in CU-Boulder’s ecology and evolutionary biology department and a CIRES fellow; Rob Knight, an associate professor in CU-Boulder’s chemistry and biochemistry department; Amy Sullivan and Jeff Collett Jr. of Colorado State University; and Elizabeth Costello of the Stanford University School of Medicine.

Scientists already knew that bacteria exist in the atmosphere and that these bacteria can have detrimental effects on human health, triggering allergic asthma and seasonal allergies, Fierer said. But it is only in recent years that researchers have realized that there is an incredible diversity of bacteriaresiding in the air, he said.

“There is a real knowledge gap,” said Fierer. “We are just starting to realize this uncharted microbial diversity in the air — a place where you wouldn’t exactly expect microbes to be living.”

To gain further understanding of just what microbes are circulating in urban environments, the team analyzed the local atmosphere in the summer and winter at four locations in the Great Lakes region of the U.S. Three of the locations — Chicago, Cleveland and Detroit — are major cities with populations of greater than 2 million, and one location, Mayville, Wis., is a small town with a population of less than 6,000.

The team used nearly 100 air samples collected as part of a previous study conducted by Colorado State University. The CSU experiment investigated the impact of biomass burning and involved studying the impacts of residential wood burning and prescribed fires on airborne fine particle concentrations in the midwestern United States.

“What we’ve been looking at are the numbers and the types of bacteria in the atmosphere,” Fierer said. “We breathe in bacteria every minute we are outside, and some of these bugs may have potential health implications.”

The researchers analyzed the bacteria’s DNA in the collected air samples and compared the bacteria they found against a database of bacteria from known sources such as leaf surfaces, soil, and human, cow and dog feces. They discovered that the bacterial communities in the air were surprisingly diverse and also that, in two of the four locations, dog feces were a greater than expected source of bacteria in the atmosphere in the winter.

In the summer, airborne bacteria come from many sources including soil, dust, leafsurfaces, lakes and oceans, Bowers said. But in the winter, as leaves drop and snow covers the ground, the influence that these environments have as sources also goes down. It is during this season that the airborne communities appeared to be more influenced by dog feces than the other sources tested in the experiment, he said.

“As best as we can tell, dog feces are the only explanation for these results,” Fierer said. “But we do need to do more research.”

The team plans to investigate the bacterial communities in other cities and to build a continental-scale atlas of airborne bacterial communities, Fierer said. “We don’t know if the patterns we observed in those sites are unique to those cities,” he said. “Does San Francisco have the same bacteria as New York? Nobody knows as yet.”

Fierer believes it is important to pin down the types of bacteria in the air, how these bacteria vary by location and season, and where they are coming from.With this information, scientists can then investigate the possible impacts on human health, he said.

“We need much better information on what sources of bacteria we are breathing in every time we go outside,” Fierer said.

The study was funded by the CIRES Innovative Research Program, the U.S. Environmental Protection Agency, the National Science Foundation, the Howard Hughes Medical Institute and the National Institutes of Health. The aerosol sample collection for this project was supported by the Lake Michigan Air Directors Consortium.

CIRES is a joint institute of CU-Boulder and the National Oceanic and Atmospheric Administration.