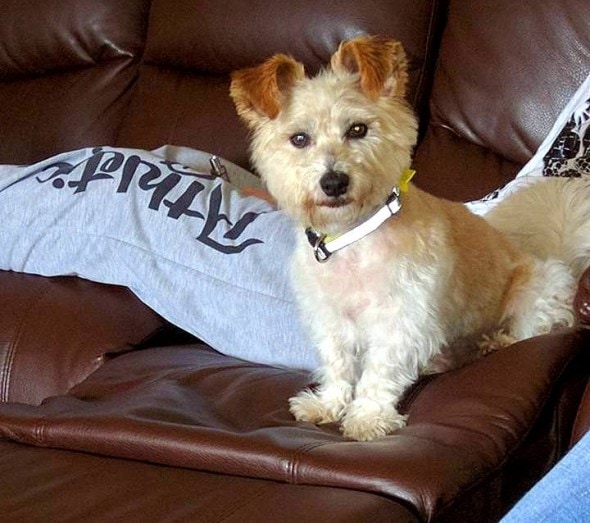 Sharon McNamee of Dundalk, Ireland, and her family are reeling after the distressing death of their beloved dog Soskay.  He was being taken for a walk by McNamee’s teen daughter when a man came hurtling around a bend on the wrong side of the road and killed him.  Now the family is hoping someone will come forward to identify the cowardly driver who fled the scene.

To The Person That Killed My Dog

On Wednesday evening, my 15 year old daughter took our gorgeous Soskay for his usual little evening time trot around the block. You came tearing around a corner, proceeded to drive on the wrong side of the road, hit my dog with such force that two females students heard the bang from their back garden and thought a child had been knocked down, you didn’t stop immediately, so your back wheel went over my dog, and when you did eventually stop, you mumbled sorry before quickly blaming my daughter. You told her several times “it was all her fault” and how “the dog came out of nowhere.”  By this time the two female students had come running out of their house. My dog was about the same size as a Yorkshire Terrier, so for any impact to have made such a loud noise with such a small dog, truly was done with sheer force and speed. He wasn’t out in the middle of the road, he was walking beside the kerb.

While my daughter and the two students tried to help my already dying dog, through the trauma, my daughter still had the sense to ask you for your details and for you to speak with her parents. At that point, you got back into your car, turned around and drove away. I’d like to share with you now the aftermath of your reckless, dangerous driving.

My daughter came running into the house hysterically, while the two students carried our dog into the house with his little head tilted down so he wouldn’t choke on the volume of blood that was pouring from his mouth, presumably from severe internal injuries. He was brought into the kitchen, leaving a trail of blood along the hallway. The pool on the kitchen floor became bigger and bigger as we rang for a vet. At one point he panicked and tried to move. By the time I realised my 8 year old son was standing in the hallway watching with horror, even though I then sent him upstairs, it was too late, my son had already witnessed the bloody scene. My husband carried our dog into the car, and I drove. But Soskay never stood a chance, he died on the way there. I had left 3 traumatised children in the house, and then had to go back home and tell them he died.

What followed will haunt me. After the blood was cleaned up, after we repeatedly reassured our daughter that it was not her fault but yours, after I cleaned myself up and changed my blood stained clothes, I crawled into my bed, where my 8 year old son was, and held his hand while he cried himself to sleep. I did not sleep much on Wednesday night, nor the last two nights.

Soskay was my shadow, he followed me everywhere, room to room, all day every day. He slept in my bedroom, he would sit on the window seat watching out the window whenever I left the house, and when I would return he would greet me as if he hasn’t seen me in days. At night, when I would sit on the sofa in the sitting room, he would jump up and snuggle in beside me. I could not count how many times I would trip over him daily due to the fact that he was constantly at my heels. He was my friend, my constant companion, he was not just our dog, he was a huge part of our family. He made us laugh. He was only 4 years old. I have not sat in the sitting room since Wednesday, and I honestly don’t know when I will. Right now, I don’t want to. 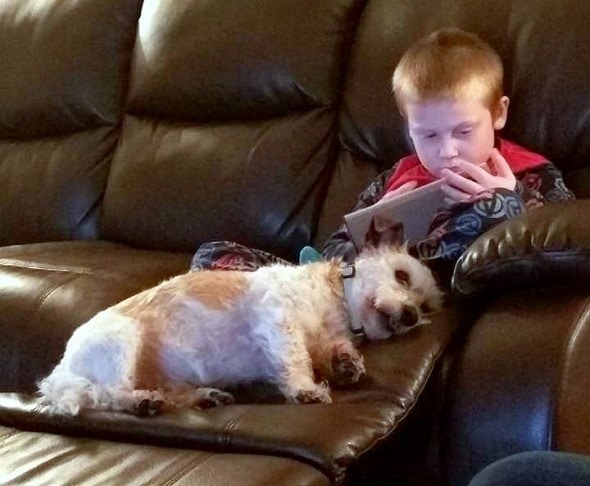 The children did not go to school on Thursday; we said our goodbyes properly to Soskay, laid him in his bed with his toy, gently covered him and then buried him. I honestly didn’t do a whole lot of anything else on Thursday, except cry, I did a lot of that.

Friday was harder than Thursday, I went back to my routine, kids to school, laundry, dinner, the usual but nothing is the same. There isn’t Soskay constantly at my feet, there isn’t Soskay looking out the window when I return from school runs, there isn’t Soskay to greet me when I walk through the front door. It feels empty, there is a vast hole, an empty space that will never be full again. You took my irreplaceable friend away from all of us.

I don’t know why you drove away, perhaps it was that you knew your reckless driving was 100% to blame, perhaps you had been drinking and were worried the Guards would be called, perhaps you hadn’t any insurance, perhaps you were concerned that you could be facing a huge vet bill, or perhaps that is just who you are. That is your nature, that is your personality, selfish, cruel and inhumane because you were able to drive away, leaving a 15 year old girl with a dying dog. You are not entitled to be called a human being, let alone a Man.

I believe in Karma, in what goes around comes around, for every action there is a reaction. I don’t know if this will be shared enough for you to eventually come across it, but someone you know just might read it and a secret is only a secret if you don’t tell anyone. I imagine you will have told someone by now, so it’s no longer your secret. There are other witnesses to your driving on the wrong side of the road, my daughter will recognise you should she see you again and considering the fact you were entering our street, there is a good chance you will be seen again. After two days of my 8 year old son asking me “am I feeling better?” I guess today is the day to start lying to him. My only consolation in all of this is that you didn’t plough into my daughter, and that perhaps my beautiful Soskay died so that my daughter would be safe.

To everyone that takes the time to read this, and I know it’s long, thank you. Please share if you can and any information regarding this incident will be greatly appreciated and handled discreetly. This happened on Wednesday night (21-09-16) around 9 pm in Rockfield Manor.

Witnesses describe the vehicle as being dark-colored, possibly an Audi. 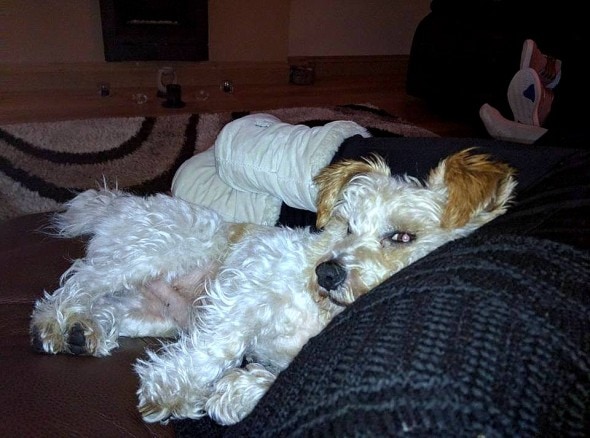