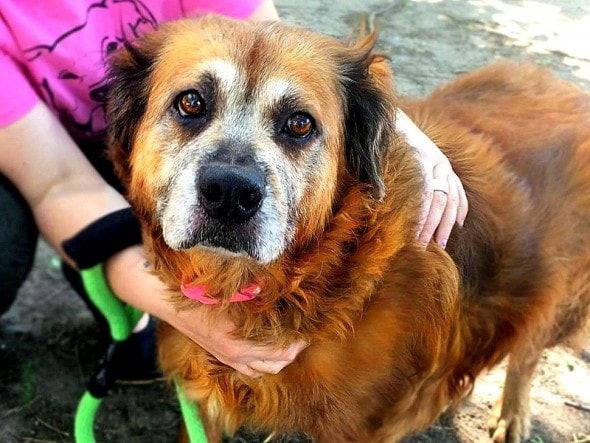 Poor Bear must have been so sad and confused when her dad died.  For three whole days, she did not move from his side – not even to go find water or to relieve herself.  She ended up at BARCS, where she was overlooked by people who wanted puppies.  But a Facebook post about her made it to just the right people, and now she’s being loved by a new family.

Fourteen-year-old Bear waited by the side of her 76-year-old owner, James Ringle, in their Baltimore home until he was found by his nephew, David Dickens Sr.

“My whole family loves dogs, but it was hard to find somebody to take [Bear],” Dickens, told People. “I didn’t want to leave her at the house, so I called BARCS.”

He was worried that it would be hard to find people who would be interested in adopting such an old dog, but took some comfort in knowing that she would at least be loved on by staff at the Baltimore Animal Rescue and Care Shelter.  And staff knew they’d have to work extra hard to get the word out about this special lady.

“My favorite part of this whole story is the power of social media,” said BARCS’ public relations director Bailey Deacon. “This was a dog that was here for several days and she was overlooked by people who wanted puppies. As soon as we posted her story on social media, there was incredible interest in her.” 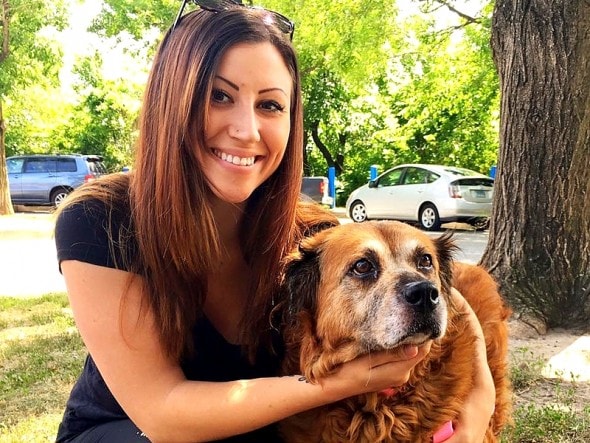 She even made the local news.  But it was a Facebook post about her that caught the eyes of engaged couple Chelsea Hagerty and Alex Cheamitru.  They immediately went to BARCS to submit an application.

“I was surprised when we got her because we were [not first] on the list,” said Chelsea, a former BARCS foster mom with a soft spot for seniors. “I was so happy to bring her home.  I just figured she is old and tired and she shouldn’t have to spend the last few years of her life in a shelter. She should have someone take care of her, like she took care of her [former owner].”

Though many applied, it was Chelsea and Alex who were selected.  And Bear is overtly appreciative to be in a new home, showering her new mom and dad with kisses.

“She is so sweet and affectionate,” Chelsea said. “She is like a little shadow. And she loves to lie all over you. She’s the epitome of everything you’d want in a loyal loving dog.”

Bear is also happy to be a big sister to a two-year-old dog aptly named Panda.  They love lounging around in the sunshine together. 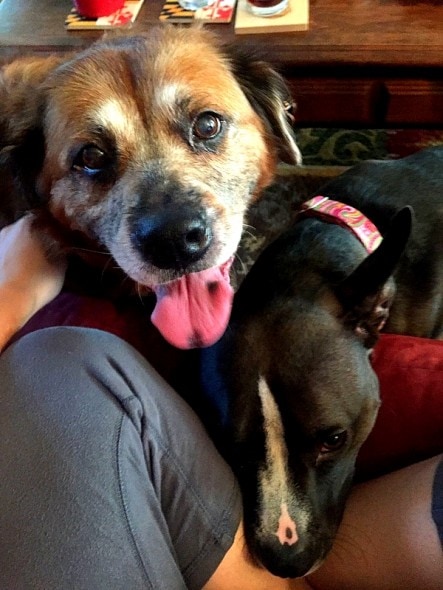 “Our other dog is named Panda. And now we have Bear.  I guess it was meant to be.”

“This is a story of a dog loyally laying by its owner’s side, protecting him,” she said. “Now she has a new family who will loyally stay by her side in her senior years.  Adopting a senior pet is one of the most unselfish things someone can do.”

Dickens and other family members were delighted that Bear was taken into such a great home.  He knows his uncle would be relieved to know that.

“On his tombstone it says ‘James Richard Ringle. He loved dogs, cats and two-legged women,’” Dickens said mirthfully. “He was a real animal lover.”