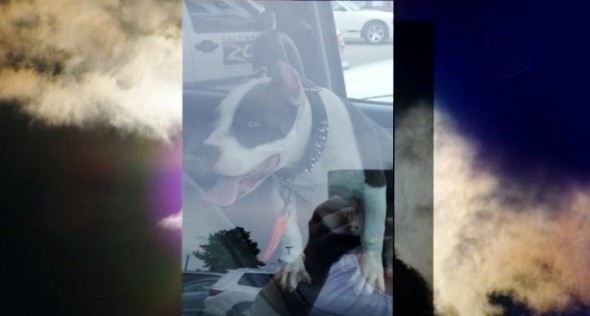 The new “hot car” law (which protects people from lawsuits if they break car windows to rescue a pet from a hot car) doesn’t go into effect in Columbus, Ohio, until Aug. 29, but the Columbus Zoo and Aquarium’s security team nearly did it anyway this past weekend when they responded to a report that a dog had been left in the zoo’s parking lot.

On Saturday, a visitor posted on Facebook that she’d found a pit bull in a hot car in the lot. She was not the only concerned passerby; a crowd soon gathered. Zoo officials reported in a statement that the call came at 3:10 pm. Security showed immediately with a veterinary staff only minutes behind.

The team, per the Zoo’s statement, attempted to unlock the car numerous ways while vets monitored the dog. Thirty minutes later, just before 4:00 pm, they were able to remove him from the car.

“The dog had panted so much to the point where the saliva was on the front window of the car. You could tell it was in distress,” Jordan Paice said. Security reported the inside temperature reaching 90 degrees with Prince inside.

Prince was taken to their animal health care center until the owner returned later that evening. Prince was then returned to his owner.

And regarding that new “hot car” law: you can’t simply break the glass. It requires you call police or 911 first. Window smashing is only permitted if you have reason to believe the pet’s life is in danger.