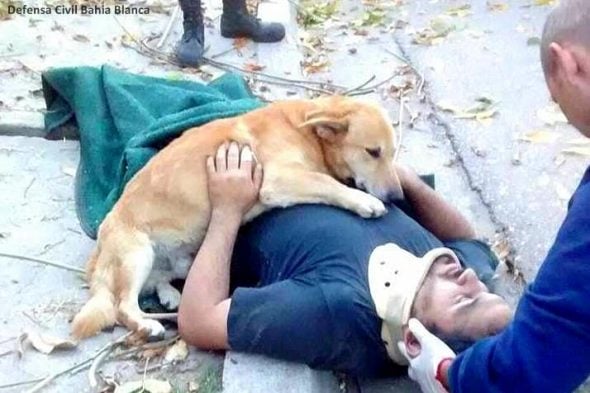 An Argentinean dog has become a local darling after photos emerged of him protectively lying on the chest of his fallen owner, who had suffered a head injury.  The man was taken to a hospital, and his dog even tried to accompany him in the ambulance!

Jesus Hueche was trimming a tree outside of his Bahía Blanca home when he fell six feet and smashed his skull on the pavement below.  His adopted dog, Tony, stayed by his side – or rather, topside – until neighbors noticed the supine man and his dog. 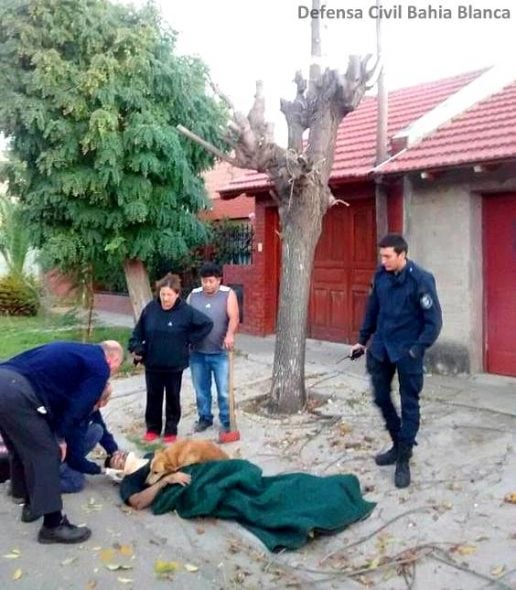 They called an ambulance, and when paramedics arrived, they placed a neck brace on him and tried to load him into the van, but Tony wouldn’t stay out of the way.  The steadfast dog tried to clamber up into the back of the ambulance, but as he wasn’t allowed, medics had to shoo him away to take their patient in for emergency care.

“I did not realize it but when I fell I lost consciousness,” Hueche told local radio station La Brújula 24.  “When I woke up, I had my son (Tony) on top of me, growling at the ambulance and Civil Defense people.” 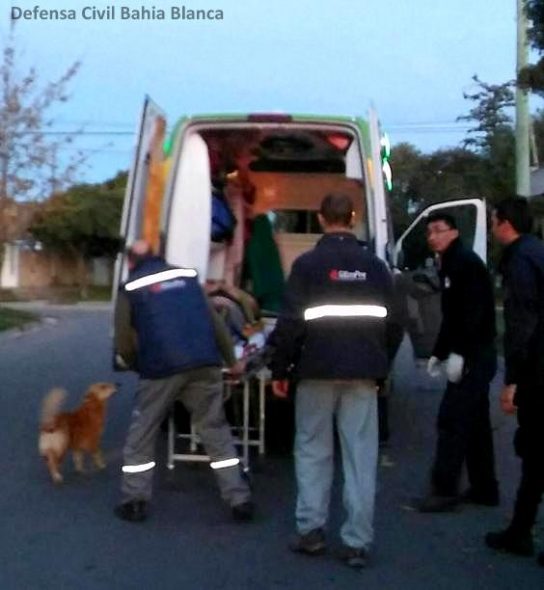 Fortunately, Hueche only suffered a minor head injury (inflammation) and was discharged later that day.  Tony must have been incredibly relieved to see his dad return home.

“He goes everywhere with me and lies in my bed until my wife kicks him out,” he said.

“One day we saw him on the street and adopted him, gave him love, food and is part of our family. For me he’s like a son,” Hueche explained.  “Even Tony has a son, Thumb, who is my grandson.” 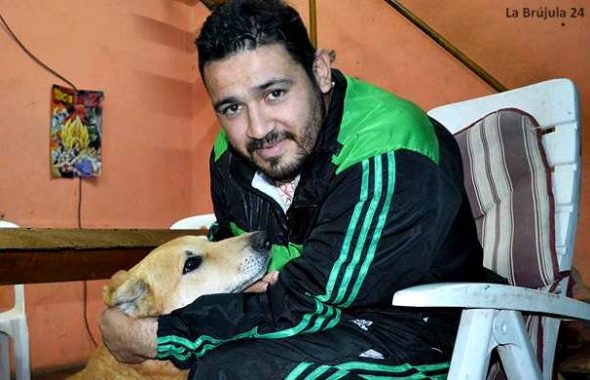