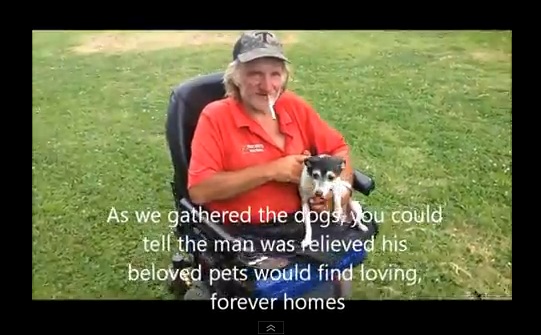 The ARK Angels Foundation was called in about an animal hoarding case in Tennessee when a man was discovered to be keeping over 20 dogs in deplorable living conditions. Volunteers expected to be responding to just another case of animal hoarding, but when they got there, they were touched by the man’s heart-breaking story.

Two years ago, the disabled man lost his wife. He was born without legs, and had always been self-reliant. But without his beloved, his life and home had become unmanageable. He always provided everything he could to his dogs and the strays he had tried to care for, but with a recent hospitalization, he just overextended himself and is out of resources to do so.

Volunteers were overwhelmed by the stench of feces and ammonia. With no electricity to power air conditioning or fans, the stagnant odor was unbearable.

This man had already gone through so much, and had lost his faith in humanity. His dogs were his only real connection to the world. It broke his heart, but he knew he had to do what was best for his loved ones by giving them up. He was promised the dogs would go to loving homes and not end up in kill shelters. 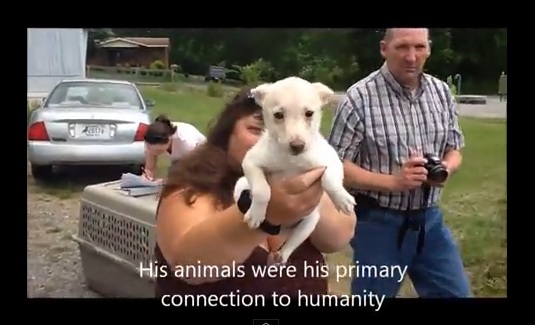 ARK Angels is doing what they can to help this man during his time of need. They are asking for donations to get his electricity turned back on (allowing him to charge his motorized wheelchair), clean and repair his house, and provide him with basic necessities. In addition, they are hoping to restore his faith in humanity.

The 18 dogs rescued are receiving veterinary care and are being prepared for adoption at the Nashville Humane Society. They need to be spayed/neutered, and some need surgery and heartworm treatment, medications and vaccinations.