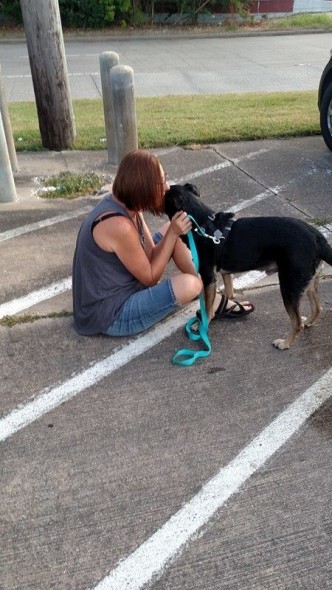 There wasn’t a lot of hope held out for Anubis when he was found cowering under a car, having had his nose sliced off.  He was found bleeding, terrified and in just an awful state.  Flash forward to today, and Anubis is almost a completely different dog, and his new human Kelly Houston is partly to thank for it.

According to his rescuers, what was done to him by his former human, was as a punishment for barking too much.  So once could imagine that regardless of being rescued, and having medical treatment, Anubis still is very scared, but luckily he has his new human mom to help him through.

“When I brought him home last night I sat with him and all he wanted to do was put his head against me and for me to love on him,” Hutson told The Dodo. 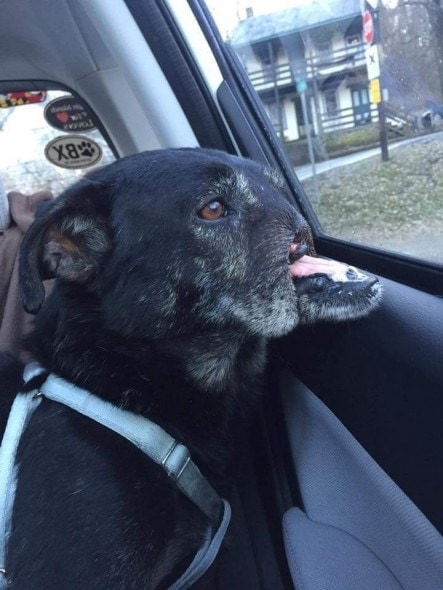 At first, his foster family wanted to keep him.  However, the longer he stayed with them, the more problems that he would have with the other animals already living as family members in the house.  No matter how hard they tried, it apparently just wasn’t meant to be.

While all of this was happening, Houston came across Anubis’ story and photo online.  According to her, she fell in love with him almost straight away.

“I just knew he that he had to come and live with me,” said Hutson.  “I had a responsibility to protect and love this guy that had been so horribly and terribly wronged by one of us.  I was ashamed of what one of my fellow humans had done.” So, just yesterday evening (Sunday, July 17th, 2016), Anubis came into his new home.  He was delivered thanks to the good people of Special Needs Animal Rescue and Rehabilitation, who have been with him from the point of rescue in Egypt, all the way up to his delivery to his new family.

“My eyes leaked for the first two hours thinking about how sweet and gentle he is after all he’s been through,” she said.  “I am so proud to be his new mommy.”

Anubis now has all the time he could ever possibly need to readjust, and possibly even be able to trust humans again.  Houston is happy to be there with and for him through it all.  This proud new dog mom is just too happy to have made him a part of her life, and remains eternally grateful to the people that have helped Anubis all the way home! 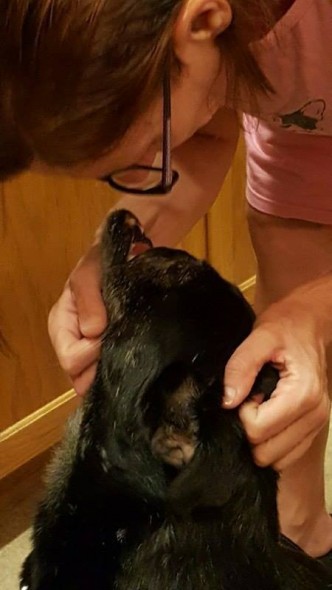