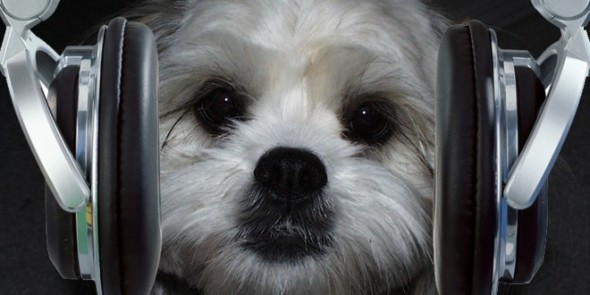 Sometimes what is true for humans is also true for dogs.  In the case of music that soothes, dogs definitely respond better to classical music than heavy metal according to a study at Colorado State University.  Professor Lori Kogan studied kennelled dogs response to music for 4 months and what she found was quite amazing.

Changes in barking patterns, restfulness, body-shaking and activity were dependent on the genre of song being played. Classical songs certainly proved to be the most soothing, even more so than “psychoacoustic” music which is designed especially to soothe animals.  On the other end of the spectrum, heavy metal made the dogs more anxious, and was tied to less sleep, and increased shaking and barking.

The research was based on reactions from 117 dogs, of varying breeds some of whom who were rescue dogs and some were dogs with homes.  The surprise for Kogan was that the “psychoacoustic” music did not have as much of a calming effect as the classical music.

“I did thousands of behavioural assessments over a period of four months … So the likelihood that this is an error is pretty small,” says Kogan, an associate professor at CSU’s College of Veterinary Medicine and Biomedical Sciences.  “It does fly in the face of what (Pet CD advocates) talk about, which is that more simplistic music should be more relaxing. The plus side is that you can download classical music for free.”

The impact of this study could be great, especially in the case of animal shelters where dogs are up for adoption.  “When shelter dogs are more relaxed – doing less barking, and jumping and running around – they become more adoptable,” says noted veterinary behaviourist Nicholas Dodman. “So they’re not only having a better time, they have a better chance of getting out.”

And on the home front, for those with dogs that suffer from anxiety or are just extremely hyper, try playing some classical music and see what happens, it could bring about more calm and less stress for everyone in the family.