Dogs, notes, Stanley Coren Ph.D.,F.R.S.C. in a recent issue of Psychology Today, are cursorial animals, “…a term that indicates that they are designed for swift running. That implies that in times of stress or threat the first line of defense that a dog uses is not his teeth, but rather his ability to run away. Behaviorists believe that depriving a dog of that course of action by immobilizing him with a hug can increase his stress level and, if the dog’s anxiety becomes significantly intense, he may bite,” he wrote.

As the signs of stress in dogs are easily observable by those in-the-know, Coren, a psychology professor and neuropsychological researcher, analyzed 250 photos — the Internet is full of dog pics! — of people hugging, looking for key stress indicators including lowered ears, a turned head to avoid eye contact, lip licking and half-moon eyes (where one can see the white portion of the eyes at the corner or rim). 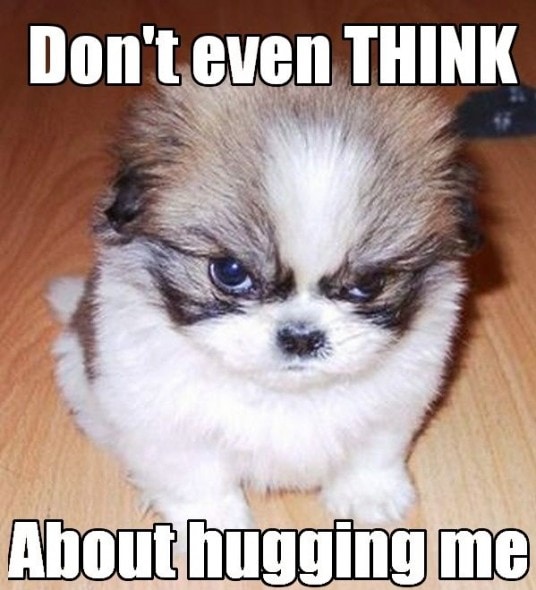 What did the data reveal?

In eighty-two percent of the photos, the canine subjects showed at least one sign of stress. Ten percent appeared ambiguous, while only eight percent seemed happy about it.

Coren contends that the preponderance of dog-huggers out there support findings that most people (especially kids) have difficulty recognizing signs of stress or anxiety in their dog.

Among his suggested alternatives to show affection? Something even the pups’ human counterparts can comprehend and enjoy: a nice treat.