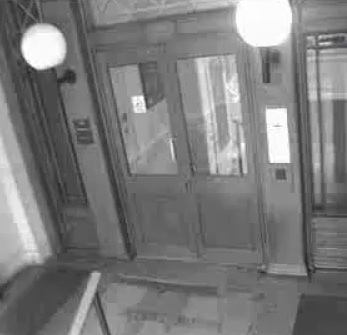 Manchester, U.K.–Tunisian Mohammed Abou-Sabaa, 21, admitted to a brutal attack on five month old yellow labrador Poppy because he was “having a bad day”, according to court testimony. He landed more than 20 blows on the dog before kicking Poppy down a flight of stairs outside his flat. CCTV cameras also filmed him standing with his full weight on her neck.

Magistrates were visibly shocked after watching a six-minute video of the attack yesterday, yet decided against sending Abou-Sabaa to prison. He plead guilty to causing unnecessary suffering to an animal. Abou-Sabaa was given a six-week sentence (suspended for two years), ordered to do 250 hours community service, and banned from owning an animal for four years.

Poppy has been nursed back to health and the RSPCA hopes to find her a new home in time for Christmas.

*Warning: this is graphic, and viewing is not recommended if you are easily upset.

32 thoughts on “Dog Abuse Caught on Camera: Perpetrator “Had a Bad Day””