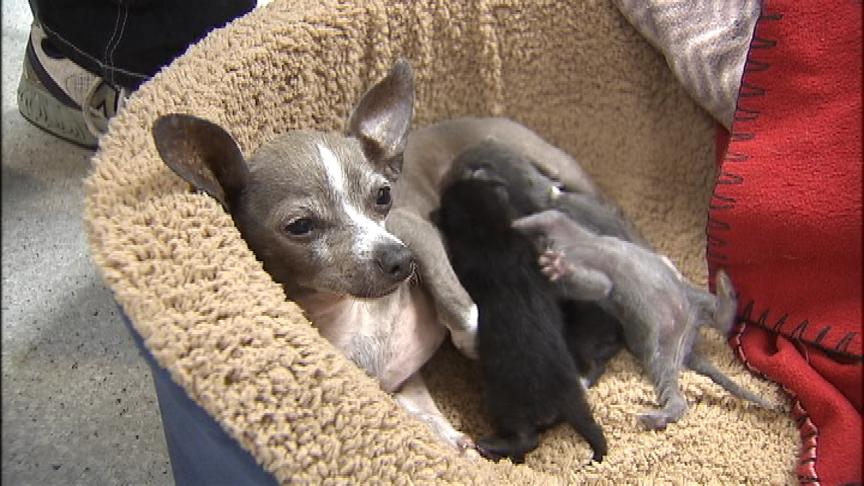 A dog named Pooka has taken in a litter of kittens as if they were her own after they were abandoned by their own mother.  The kittens were discovered in a barn in Battle Ground, Washington last week.  It is unknown what happened to their mother.  Most tots wouldn’t survive without sustenance from their mothers, but these cats needn’t worry.

Pooka, the nine-year-old Chihuahua/dachshund mix last had a litter of puppies four years ago.  But when the kittens tried to suckle, her maternal instinct and hormones took over.

“She wanted them. I mean she just went crazy,” said Linda Smith, Pooka’s owner.  “I was trying to feed one of them with the milk and she had a hold of its back end, trying to pull it out of my hand.  So that’s when I knew I had to give them to her because she wasn’t going to leave them alone.”

The kittens are apparently doing well and gaining plenty of weight.