Hundreds of protesters gathered outside of the Marathon County Courthouse in Wausau, Wisconsin on Wednesday in support of Mary.  Mary was the Labrador/shepherd mix who died in June at the hands of her owner’s girlfriend, Sean Janas.  Twenty-year-old Janas was charged with the felony mistreatment of an animal, the misdemeanor of poisoning an animal and obstructing an officer.

Janas waived her right to a preliminary hearing, but a pretrial hearing is set for November 12, when she is expected to enter a plea.  If found guilty, Janas will be sentenced with a $10,000 fine, three-and-a-half years in prison or both. 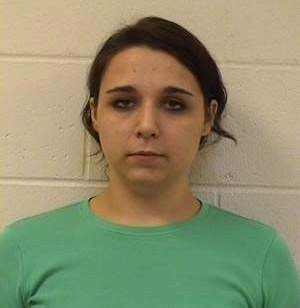 Mary’s supporters feel this is not enough, and are pushing for harsher sentences for animal abuse and murder, particularly in circumstances such as these.  Janas routinely tortured four-year-old Mary over several months, finally slitting her throat in June.  She poured bleach and Drano down Mary’s throat for weeks.   Janas kept a detailed account of her abuse in a diary, describing how much pleasure she got out of watching the innocent dog suffer.

Janas’ boyfriend and Mary’s owner, Steven Kuick, claimed he didn’t know Mary was being abused, but he did know she was sick, and said she had been vomiting blood the week prior to her murder.   Neighbors allege they witnessed Janas yelling at the dog in the backyard and striking her with a leash.  Advocates for Mary wonder how nothing was reported to the authorities.  Police intervention may have put a mentally disturbed woman behind bars and saved a dog’s life.

Mary’s supporters made their feelings known as they stood outside the courthouse on Halloween.  One impassioned woman, Kelli Obremski, brought her teenage sons Ben and Tanner and their boxer, Parker, to the demonstration.

“We don’t have tough enough laws that protect animals, and I believe vets should have to report any suspected abuse, just like they would in a child,” Obremski said.  “If (Janas) killed man’s best friend, she should get the maximum penalty possible.  If the abuse had been reported, I have to wonder if that dog could have been saved.”

Protesters of animal abuse strongly urge anyone who suspects foul play to call police, their local humane society or animal shelters, who may contact police for you should you wish to remain anonymous.  But the important thing to remember is not to remain silent.  There are several petitions for Mary making their rounds on the internet.