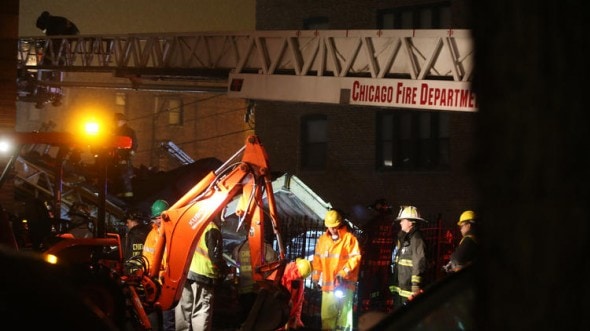 Crews from the Chicago Fire Department have rescued two women and a dog from a building that exploded on Chicago’s South Side.  The apartment building they were all in had collapsed and the three were stuck in the resulting rubble. 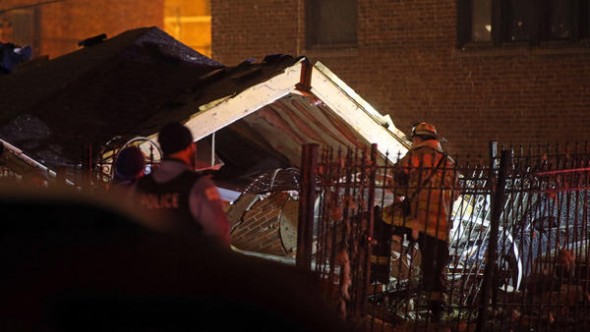 In what neighbors are calling a loud explosion that took place around 7pm Sunday in the 5800 block of South Calumet Avenue, the building simply crumbled.  The three-year-old frame apartment was quickly turned to a smoldering pile trapping two women and a dog in the debris. 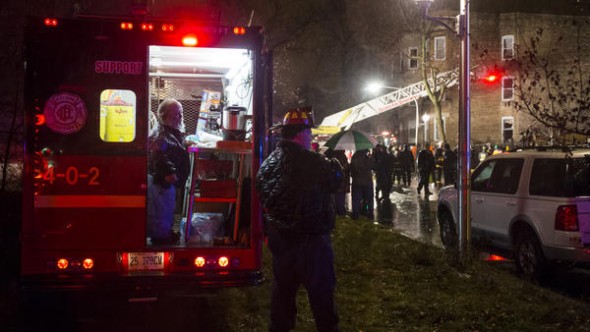 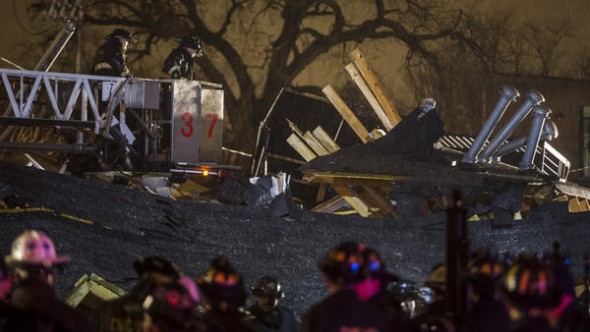 The search for other survivors continued well into Sunday night.  Everyone known to be inside was rescued, but firefighters wanted to be sure. 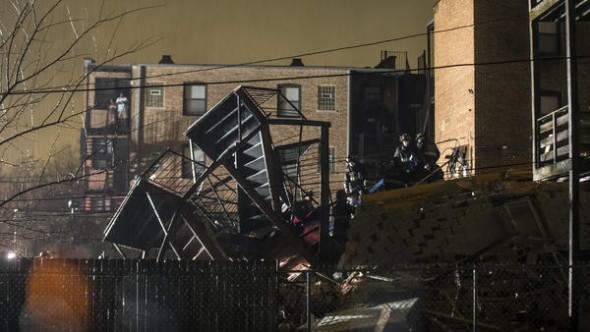 The first victim, considered to be in critical condition when taken to the hospital was a 51-year-old woman.  The second was also in bad shape.  Also a woman and 78 years old.  Both victims we able to communicate with emergency workers at the time of their rescue. 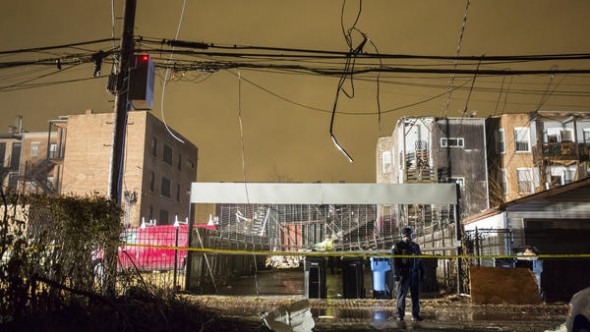 A dog was also pulled from the rubble.  Although also injured at the time of rescue, it is believed that the dog will make a full recovery. 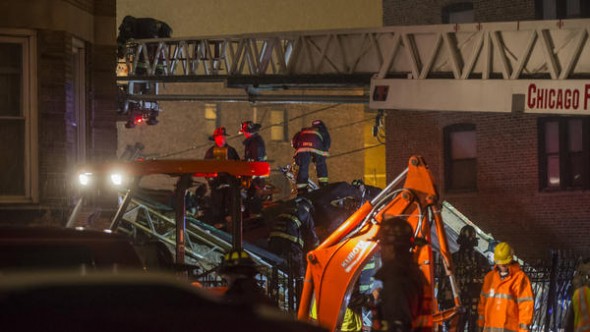 The cause of the explosion is still under investigation.  Neighbors are positive that it was an explosion that they heard.  Further updates to follow. 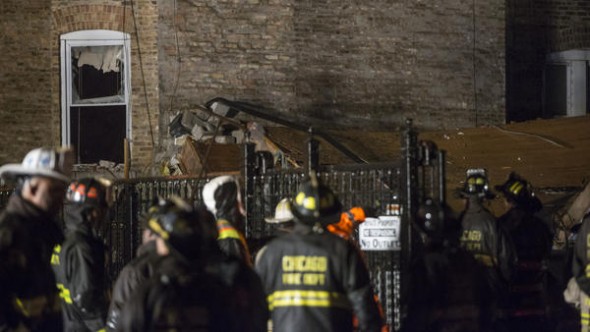