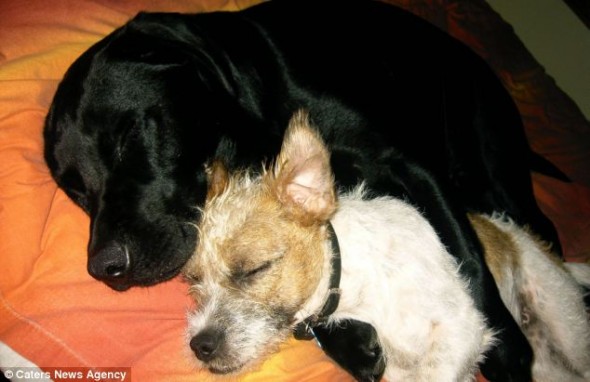 When a black lab named Eddie started to go blind last year his best friend a terrier named Milo was there for him. Eddie went blind very quickly, but with Milo’s help Eddie is able to lead a relatively normal life.

Eddie and Milo have always been close. Their owner Angie Baker-Stedham first noticed something was wrong with Eddie when he started walking into things last year. Very quickly Eddie went completely blind. “It happened so quickly which is sad because before they used to play together so easily,” said Baker-Stedham. “Now Milo helps me to fetch Eddie when I call for him. He leads Eddie all the way back to me.”

The pair has become inseparable as Milo has taken on the role of being Eddie’s guide with no formal training. “Milo really cares for Eddie,” said Baker-Stedham. “They sleep in the same room and spend all their time together. Without Milo, Eddie would be lost.” Milo helps Eddie get around and has bells on his collar so Eddie can easily follow him around. When Eddie does wander off Milo will be right there to bring him back.

Just how important Milo is to Eddie’s quality of life became apparent when Milo had to go into the hospital to receive treatment for immune mediated haemolytic anaemia. Milo is healthy and at home now, but while in the hospital Eddie struggled. “We didn’t realize how much Eddie depends on Milo to get around the house,” said Baker-Stedham. “He was walking into doors and furniture and I had to constantly call him while we were out on walks so he knew where I was and which way I was going.” 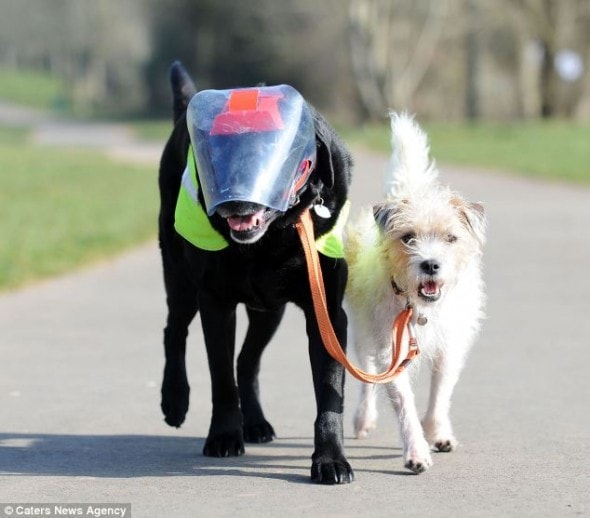