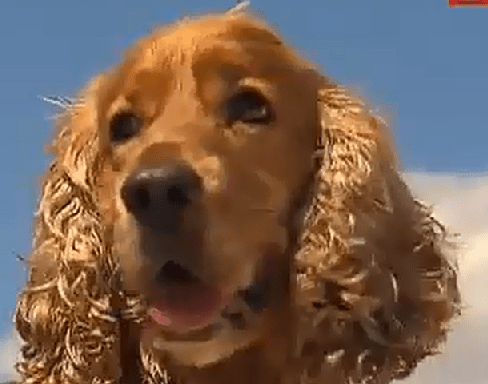 Karyn Gitsham walks her two dogs, Buddy and Ramsay, along Carrickalinga Beach in South Australia every morning. The other morning Ramsay’s life became in danger when he chased some seagulls into the ocean and couldn’t swim back. Ramsay’s life was saved thanks to a pod of dolphins.

Ramsay often chases seagulls on his walks with Gitsham and Buddy. The other morning he chased a bit too far when he doggie-paddled out too far into the ocean and couldn’t swim back. Gitsham was worried and following him along the shoreline when she slipped and fell into the ocean as well. Gitsham was being pounded by waves and began fearing for her life.

That’s when she saw a fin in the water. Initially she thought it was a shark by Ramsay but then she saw more fins and realized a pod of dolphins were surrounding her dog. “These dolphins just formed this horseshoe and were guiding him in, pushing him in,” said Gitsham. The dolphins guided both Ramsay and Gitsham to safety.

Gitsham, who calls the whole ordeal a miracle, plans to keep her dogs safely on their leashes from now on.